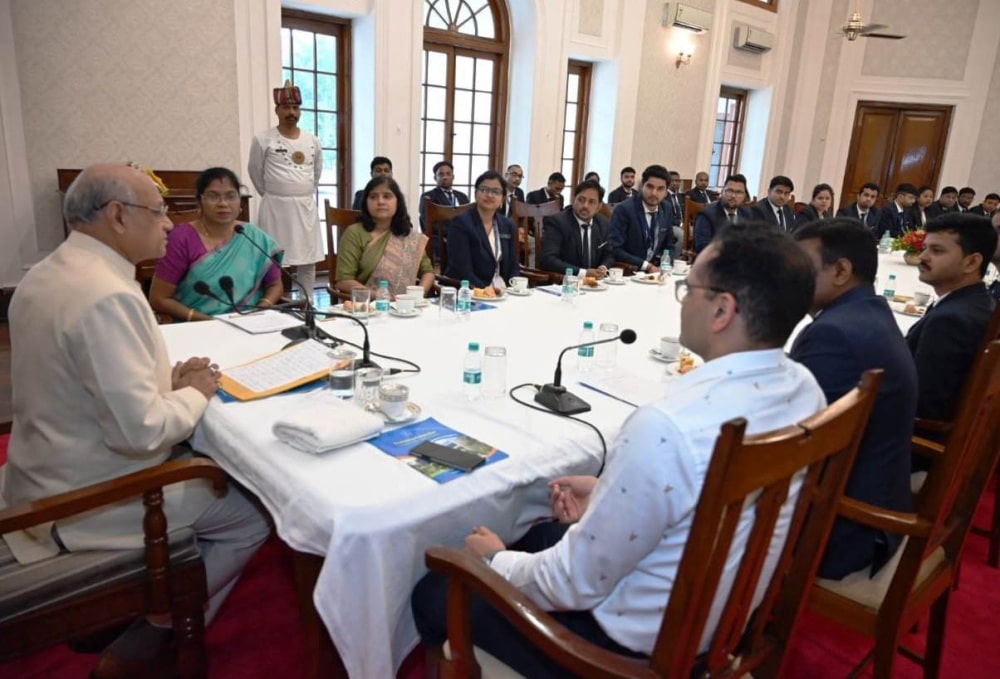 Ranchi: Jharkhand Governor Ramesh Bais said that everyone should work with a commitment to the spirit of service and give importance to public welfare during service. Interacting with the trainee officers of Jharkhand Administrative Service at Raj Bhawan here he asked them to always be ready and dedicated to discharging their responsibilities.

He said considering Jharkhand as their own the officers should discharge their responsibilities for the progress of Jharkhand. He said that the public always remembers the officials doing good work. Governor Ramesh Bais told the trainee officers that after the training period they will start a new journey of their life and the important responsibility of the development of the state will be on them.

He asked them to consider the state as their own, always remain committed towards the development of the state while keeping a sense of service towards the people here. He said that they will have the important responsibility of implementing various schemes of the Central and State Governments and if they would do good work the state will get more money than the Centre.

He said that wherever they are posted, they should discharge their tasks honestly so that Jharkhand can progress at a faster pace. The Governor also asked the trainee officers to pay attention towards motivating people towards Hindi language. He also discussed with the trainee officers about the situation in the universities of Jharkhand.

Earlier, the trainee officers apprised them of the experiences gained in the course of training. On this occasion Principal Secretary to Governor Dr Nitin Kulkarni, Director of Sri Krishna Institute of Public Administration Srinivasan and others officials were present.