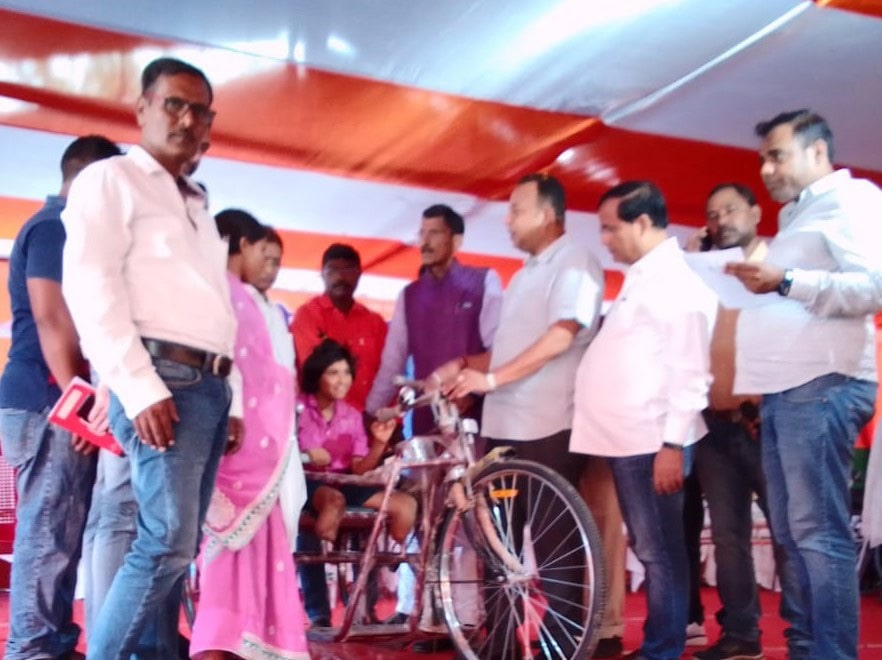 As a part of the Azaadi Ka Amrit Mahotsav and Nutrition Month being observed on the occasion of the completion of eight years of the Central government dedicated to service, good governance and poor welfare the three-day photo exhibition
organised by the Regional Office of Central Communication Bureau concluded in Hehal on Monday Tricycle and crutches were distributed by Ranchi MP Sanjay Seth among the needy Divyangjans on the day.

Speaking on the occasion the MP said that the nationwide service fortnight on the birthday of Prime Minister Narendra Modi has now taken the form of a service movement. Addressing the gathering he lauded the Central Bureau of Communications Ranchi and Press Information Office, Ranchi for organizing the photo exhibition and expressed hope that such exhibitions would be organized by the Central Bureau of Communications in the coming times.

He said that events like this should be continued to be done in different parts of the state so that the people of the state continue to be benefited by useful information. A large number of local people visited the exhibition on all three days of and benefitted from the beneficial and public utility stalls like eye check-up camp, Khadi and village industry stalls, blood donation and beekeeping near the exhibition site.