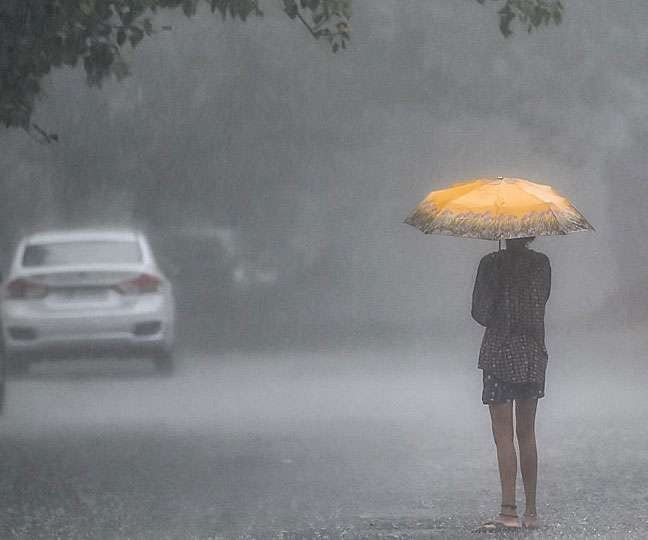 Ranchi: The weather pattern is constantly changing in the state as on Tuesday there was rainfall across several districts ranging from medium to light intensity due to a low pressure originating from the Bay of Bengal.

According to the Meteorological Department, there is a possibility of cloudy weather in the capital Ranchi till September 24 and there may be moderate rainfall.

The monsoon trough at mean sea level was passing through Ranchi and Balasore in neighbouring Odisha There is a strong possibility of light to moderate rainfall coupled with thunderstorms and in the next 24 hours in some parts of Dhanbad, Garhwa, Giridih, Hazaribagh districts including capital Ranchi.

The weather department has appealed to the people to be alert and careful. As far as the weather forecast for the capital is considered on Wednesday it will be generally cloudy with moderate to light rains falling in the area while the maximum temperature will be around 30 degrees and while minimum temperature 22 degrees.

Thursday will be generally cloudy with a chance of light to moderate rain once or twice while maximum and minimum temperatures will be between 29-22 degrees.