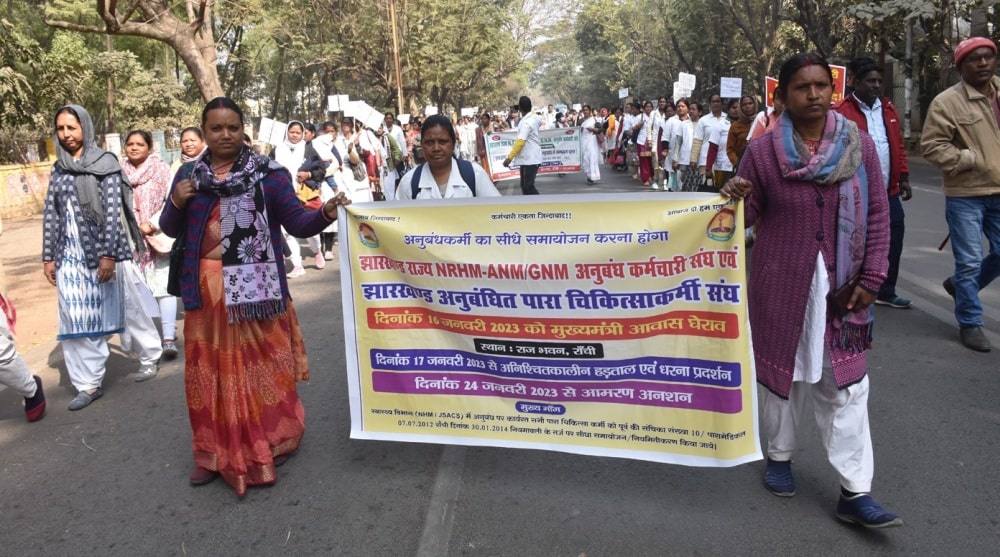 Ranchi: In support of their various demands the para health care workers in the state staged demonstrations in the capital during which they also tried to gherao the Chief Minister’s residence during which they were subjected to mild lathi-charge by the police as they tried to break away the barricading.

State General Secretary of the ANM GNM Association Juhi Minz claimed that some of their associates have been injured in the lathi charge including one having sustained serious leg injuries. The agitators started in the form of a procession from Morhabadi and reached Raj Bhawan where police had put up barricading.

Hundreds of para health care staff including ANM, GNM, Pharmacists, X-Ray technicians, Lab technicians participated in the demonstrations claiming that the state government had made a U-turn over the promises which were made to them.

The agitators claimed that they were promised regular jobs in three months but despite three years into work nothing has been done. They said that after staging a fast they will proceed towards indefinite strike.