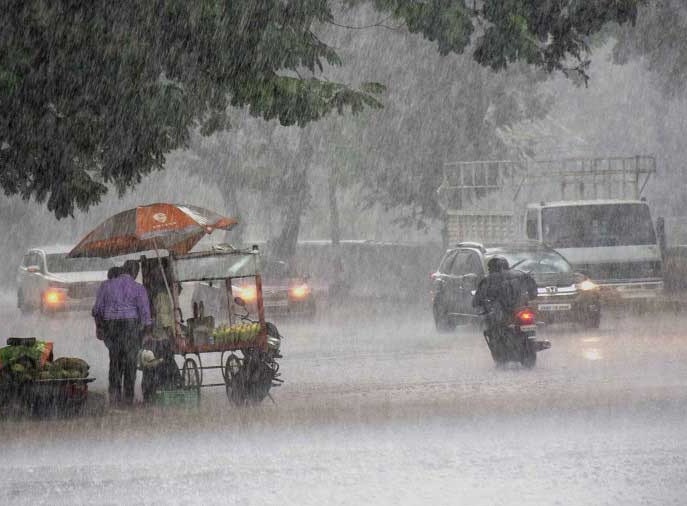 Ranchi: The monsoon activity has become weak over Jharkhand. This coupled with no significant weather system would result in light rain in isolated places across the state going forward. The low-pressure area over northeast Madhya Pradesh and adjoining south Uttar Pradesh has become less marked.

However, the associated cyclonic circulation lies over northwest Madhya Pradesh and neighborhoods extending up to 5.8 km above mean sea level a report by the local MET office said.

The trough was running from Northwest and adjoining West-central Bay of Bengal to central parts of West Rajasthan across Odisha, Chhattisgarh, Madhya Pradesh and East Rajasthan and extending up to 3.1 km above mean sea level. The weatherman said overcast condition is likely to prevail in several places, especially in southern Jharkhand.

Rain statistics indicated the state’s deficit to be 20 per cent as against normal rainfall of 970 mm, the state has received 779 mm of rain so far. Weathermen said rainfall later this month would help in further reducing the deficit figure with September being the last month of the monsoon season.

Light to moderate rainfall had occurred at isolated places in the state in the last 24 hours. The highest rainfall of 22.8 mm was recorded in Palkot (Gumla). At the same time, the highest temperature was recorded at 34.8 degree celsius in Deoghar.

As far as weather predictions for the remaining days of the week are concerned rain and thundering has been predicted in one or two spells from September 24-26 and the sky is also expected to remain cloudy with the maximum temperature hovering around the 30 degree mark.