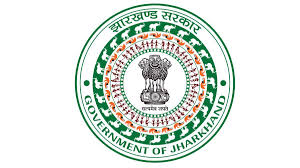 Ranchi: A public interest litigation filed by the Jharkhand State Bar Council challenging the Court Fee Amendment Act of the state government was heard in a bench headed by Dr Ravi Ranjan, Chief Justice of the Jharkhand High Court.

During this, the report of the three-member committee formed by the state government was submitted to the court.  On behalf of the applicant, advocate Rajendra Krishna and amicus curiae senior advocate VP Singh told the court that this report is the recommendation of the committee until the state government takes a decision on it and a law is not made on it, then it has no importance.

The court was told that there are two schedules in the new Court Fees Act.  In which the committee has recommended only about the scheduled one (court fees to be paid in the lower courts).  But not much has been said about the scheduled two, which are related to the court fees of the High Court.

During the debate, Advocate General Rajeev Ranjan sought time to present the decision of the state government before the court. The court fixed the hearing of the case on 1 December.  In the earlier hearing, the court had said that according to the new law, if the court fee is collected, then it will be affected by the final decision of the case.

Information about many errors in the process of making the law was also given to the court on behalf of the applicant.  It was also said that the huge increase in court fees has been done by the government through this law.  The necessary aspect was not investigated before increasing the court fees.

In the last hearing, it was told by the government that several meetings of the 3-member committee on court fees have been held, the last meeting of the committee has been fixed on November 3, a decision is likely to be taken on that day.

Earlier, the court was told by the state government that a 3-member committee has been formed to improve the court fee hike issue.  The chairman of this committee will be a member of the Board of Revenue, while the Principal Secretary of Finance and Law Department is as its member.

In the earlier hearing, Rajendra Krishna, appearing in the case had told the court that due to the exorbitant increase in the court fees, the poor sections of the society would not be able to come to the court and the lawyers would also have to bear the additional financial burden.

The council has also said that it is not possible to provide easy and accessible justice to the people due to the increase in court fees. The court fees act of the state government is wrong.  It is against the constitution also it is against the Central Court Fees Act.