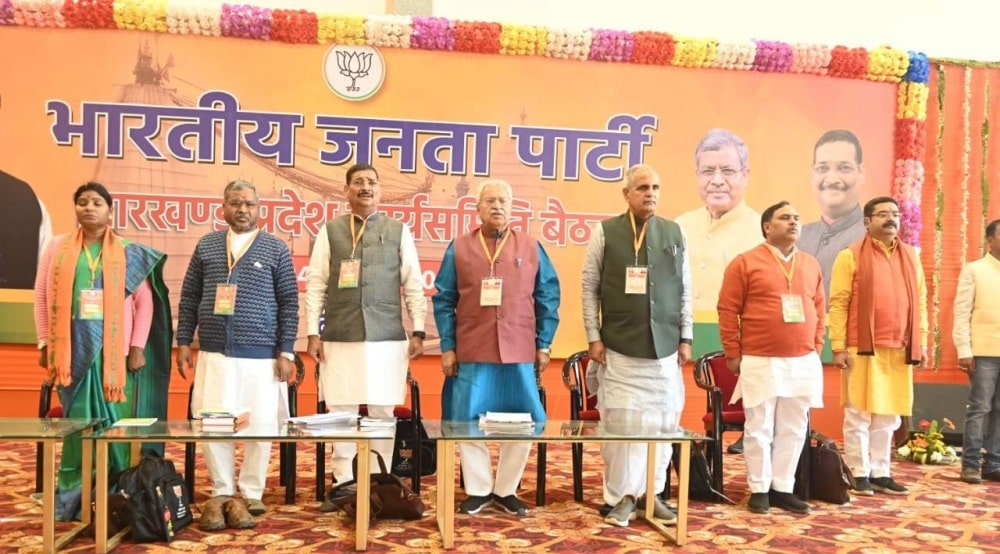 Addressing the two-day state working committee meeting of the party here he said that the people of the state have understood the drama being enacted in the state in the name of the Yatra.

He went on to claim that there is no participation of the common people in the Yatra but crores of rupees are being spent from the exchequer. He said that to make sure that the crowd is visible in the events the students are being made to raise slogans in support of the government.

Attacking the Congress party he said that the party is repeating history. He said that Congress is responsible for all kinds of corruption in the country and has sent a record for scams in the name of Independent India and whenever the Congress has been part of government in Jharkhand history has repeated itself as the party too is equally involved in the loot of land water and forest of Jharkhand.

Deepak Prakash said that such is the action of Congress that instead of saying anything over the corruption in the state Congress and its leaders was busy staging protests in favour of the culprits. He called on the people of the state to launch a movement for the removal of the state government.

He said that BJP has a direct commitment for the people towards good governance and claimed that the people of Jharkhand are watching with hopeful eyes towards the BJP.