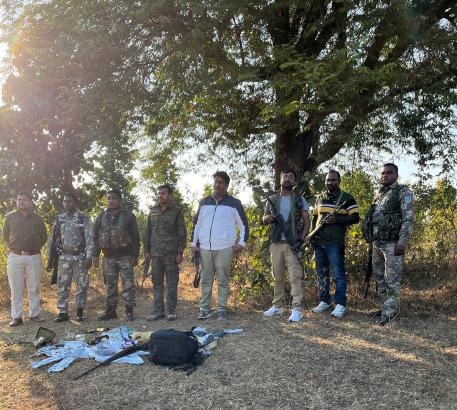 Chaibasa: Three jawans of the elite Cobra battalion were injured in an IED blast that took place in the Tumbhaka forest under the Tonto Police Station area of the West Singhbhum district. The injured jawans were later evacuated from the spot through a helicopter and shifted to Ranchi for treatment.

The injured jawans have been identified as Sourav Kumar Santosh A and Amresh Singh. A statement issued by the state police headquarters said that the condition of all the injured jawans was stable. Police sources said that a joint team of the Cobra Jharkhand Jaguar and CRPF was conducting search and combing operations in the area following an information regarding the movement of the Maoists who were planning to execute a big crime.

During the search operation, an IED blast took place in which these jawans were injured. On Wednesday also six jawans of the Cobra battalion were injured following an IED blast inside the same forest. Search and combing operations are ongoing in the area.