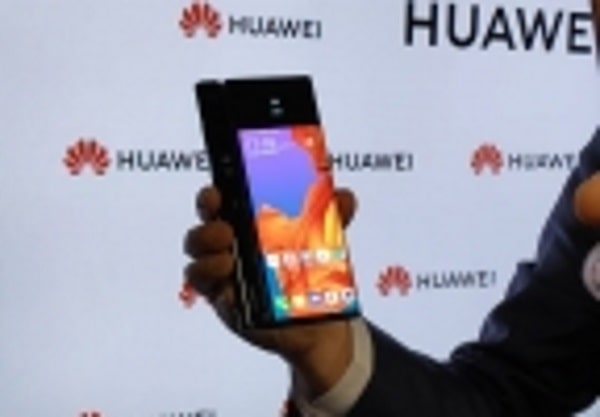 Huawei “Mate X” is a 5G-enabled foldable smartphone that costs 2,299 euros whereas Samsung kept the option of 5G capability in its $2,000 4G “Galaxy Fold” which could be put to use as and when 5G rolls out.

According to Huawei Consumer Business Group CEO Richard Yu, Mate X is the fastest 5G phone backed by the Balong 5000 modem. Samsung did not reveal modem specifications for Galaxy Fold in particular.

With a total of six cameras, “Galaxy Fold” comes with the world’s first 7.3-inch Infinity Flex Display that folds inwards into a compact device. On the other hand, Huawei’s foldable device features a dual-sided flexible OLED panel and a falcon wing mechanical hinge that bends outwards and converts the 6.6-inch FullView display of the smartphone into an 8-inch tablet.

In terms of battery, “Galaxy Fold” hosts two 3,100mAh batteries that makes the device capable of charging itself and a second device simultaneously via “Wireless PowerShare” technology while connected to a regular charger.

The Huawei device sports a 4,500mAh dual battery with several industry-first features including a new superfast charging capability that claims to reach 85 per cent battery in just 30 minutes.

Samsung will ship the first million units of 4G Galaxy Fold globally starting April, the availability of Mate X in India will depend on the 5G network provisions.

Huawei has specified that the company is not planning to bring a 4G version of the Mate X anytime soon. The device is likely to hit the shelves in mid-2019.

Although India is targeting 2020 for 5G roll-out, the country is yet to allocate 5G spectrum to operators even for 5G trial of use cases.