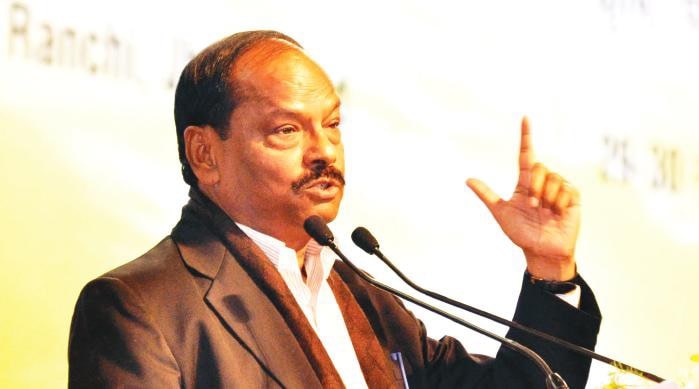 Ranchi: Jharkhand Chief Minister on Friday said that the state govt would provide job to one lakh jobs to youths on January 10.

“ One lakh youths will be given jobs on January 10 two days before the birthday of Swami Vivekanand by organising Global Skill submit” said Chief Minister while addressing a press conference here on Friday on completion of his govt four years in office.

Raghubar Das announced to launch Sukanaya Yojna for girls of the state from January 1 next year. “ The Sukanaya Yojna scheme is aimed to curb the drop rate of the school and child marriages. On the birth of girl child and for their education the state will deposit cash on regular interval period of time in the account of the girl’s mother. When a girl will turn 18 then the state govt will pay RS 30,000 for marriage”.

The Chief Minister announced that Jharkhand is the only state in the country where cooking gas is provided at free of cost along with cylinder under Ujjawala Yojna. “Till now 37 lakh gas cylinders have been distributed and more 13 lakhs will be distributed”. He said that his govt was working for women empowerment.

“ In Jharkhand, the property worth of RS 50 lakh is registered in name of the woman is just paying Rs 1. This way 1.20 lakh women of the state have become an owner of the property. The Rs 1 registry concept is to curb the witchcraft and dowry torture cases”.