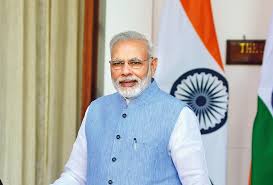 “ Prime Minister will lay the foundation stone of the Mandal dam which was pending since 1972 on January 5. The dam will be constructed at cost of  Rs 2500 crore” said  Chief Minister Raghubar Das,  while addressing a press conference here on Friday on completion of his govt four years in office.

Chief Minister said “ “ Narendra Modi’s  as the Chief Minister of Gujarat had brought the water from the Sabarmati river to the area of Kutch through pipelines and the same model would be replicated in the state as the water from the Soan River would be brought through pipelines to ensure the drinking water and irrigation needs of Palamu and Garhwa districts. RS 1138 crore pipeline drinking and irrigation project foundation stone will also be laid on the same day by the PM”.

Raghubar Das said, “ to tide over the issue of drought under the Sujalam Sufalam Yojana 5000 ponds will be built up in the state for which the state has already inked an agreement and the inauguration of the scheme will also be done by the Prime Minister on that day”.