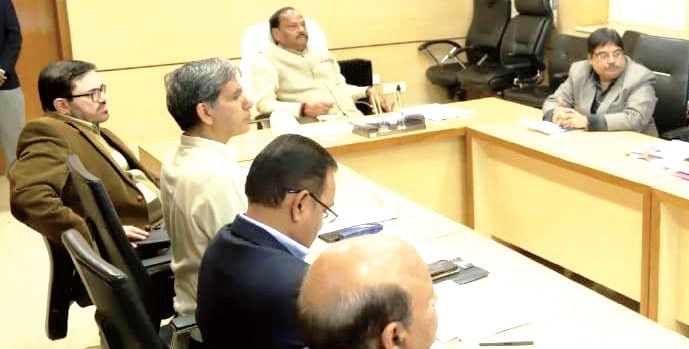 Ranchi (IANS) The Jharkhand cabinet chaired by Chief Minister Raghubar Das on Wednesday gave its approval to 31 proposals, including 2.77 acres of land for 1600 MW thermal power plant of Adani Power at Godda district.

“The cabinet cleared 2.77-acre land to Adani Power at a cost of over Rs 58 lakh for a period of 30 years,” said a government statement. The government decision came amid Opposition’s protest against the land acquisition by Adani Power in Godda district.

Opposition parties, particularly Jharkhand Vikas Morcha-Prajantarik (JVM-P) legislator Pradeep Yadav, has opposed land acquisition by the Adani power. He was sent to jail in 2017 on charges of provoking land owners not to part with their land.

Opposition parties have accused the Raghubar Das government of relaxing the rules of the state policy under which 25 per cent of the power should be given to the state by a company setting up a power plant in Jharkhand.

In another decision, the state cabinet on Wednesday approved 1 kg peas at the rate of Rs 15 per kg to 57 lakh families of the state. “This will be given through the public distribution shops (PDS),” says the government announcement.

This is first time that peas have been included under the PDS.

The state cabinet also cleared a proposal to provide policemen 13-month salary in a year instead of 12 months, considering the difficult circumstances under which they function in Maoist-affected areas.