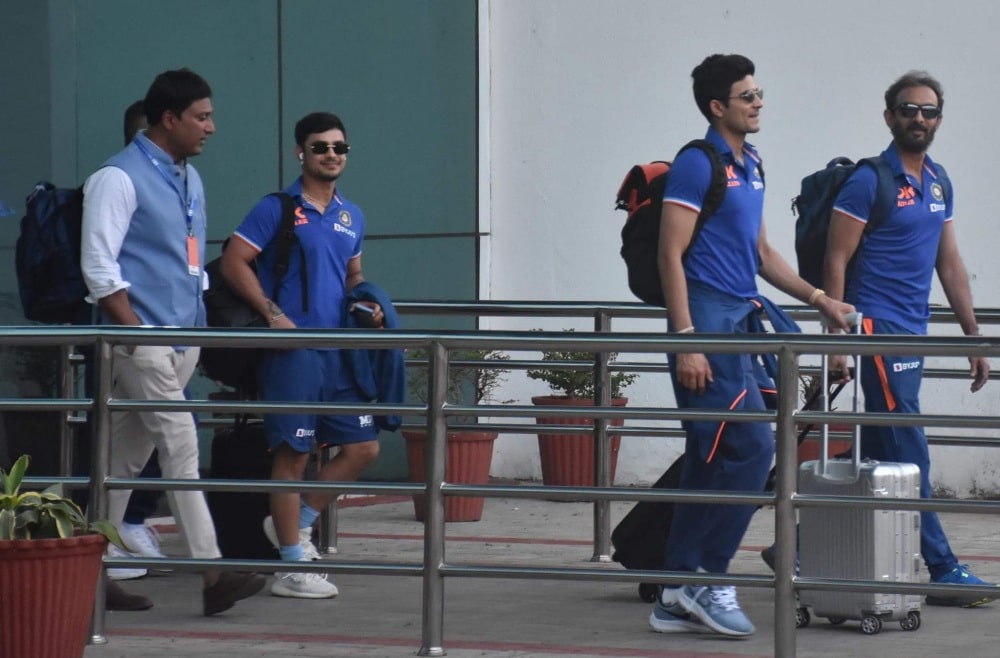 Ranchi: The Indian cricket team and the visiting New Zealand team arrived in Ranchi on Thursday for the T20I match to be played at JSCA stadium on January 27.

Both the teams left for Hotel Radisson Blu directly from Ranchi Airport, where arrangements have been made for their stay. Earlier strong security arrangements were made at Ranchi airport for the arrival of the cricket team. JSCA officials were present at the airport to receive them.

At the same time, a large number of fans also reached the airport to get a glimpse of the cricketers. After getting out of the airport, the players of both teams boarded a bus and went to Hotel Radisson Blu.

During this, the fans welcomed them by shaking hands. All the players will spend the night at Hotel. On January 26, both teams will practice at JSCA Stadium.