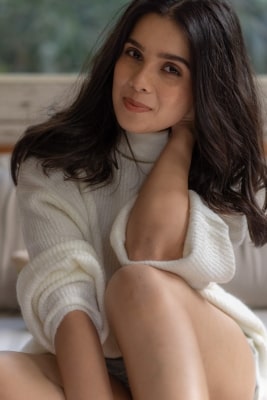 Mumbai (IANS) Actress Rashmi Agdekar, who is known for her role of Chandni in the popular web series “Dev DD”, feels that people became careless when the number of Covid cases reduced all over the country. India is currently experiencing a fresh spike in the cases.

The actress, who made her debut in “Andhadhun” as Daani, hopes people don’t repeat the mistake.

“To be honest, we were careless after the Covid curve had flattened. It just seemed as if the virus didn’t exist anymore. I hope we don’t make the same mistake from now on,” Rashmi tells IANS.

The actress is also known for her role in films such as “Rasbhari”, the series “ImMature” and the limited three-part series “The Interns”. She is mindful of the fact that the spike in cases will affect the industry once again.

“As of now, it’s unclear as to what restrictions shoots would have, but we cannot be crowding sets for sure. It is going to affect all shoots to some degree, let’s hope it’s not as bad as the last lockdown. Not just actors, but more people on the crew are down with Covid which follows with quarantine protocols for everyone, thus halting shoots. It is very unfortunate that the things which had just started resuming are struggling once again. Well, we got through the first lockdown. Maybe this time we are prepared for it. But a loss is a loss. We cannot lose hope at any cost and I’m sure the fraternity will come up with a solution to continue work soon,” says Rashmi.