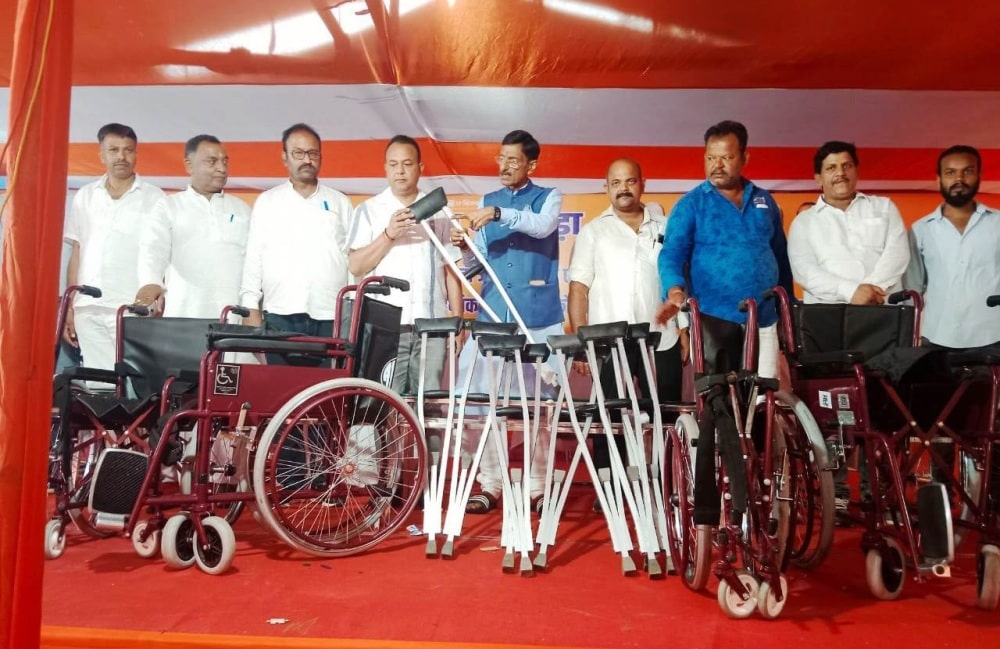 Ranchi: On the occasion of Azaadi Ka Amrut Mahotsav and Nutrition Month and to commemorate the completion of eight years of Central government dedicated to service, good governance and poor welfare by the Central Government, Regional Office of the Central Bureau of Communications, Ranchi has organised a photo exhibition in Hehal. On the second day of the three-day photo exhibition near the residence of Ranchi MP Sanjay Seth, a large number of local people visited the stalls and benefited from interesting information and facilities like eye check-ups. T

he exhibition was jointly inaugurated by MP Ranchi Sanjay Seth and other special guests. Speaking on the occasion, the MP said that the country is on the path of continuous progress due to the continuous efforts of Prime Minister Narendra Modi. In the last eight years, the country has achieved success in every field from science-technology to self-reliant India and this is a moment of pride and new energy for everyone.

Addressing the gathering, Additional Director General PIB Akhil Kumar Mishra said that the exhibition organized at Hehal is very beneficial for all the local people and this exhibition is equipped with various useful information. He requested the local residents to come to this exhibition in large numbers and increase their knowledge.

Addressing the gathering at the exhibition venue, Rajya Sabha MP and BJP’s Jharkhand State President Deepak Prakash said that today the country is in strong hands under the leadership of Prime Minister Modi and the winds of progress are blowing everywhere. Deepak Prakash said that the country’s economy has now emerged as one of the five important and strong progressive economies of the world which is a matter of pride for all the countrymen.

The photo gallery containing information related to the month of nutrition is the main attraction of the photo exhibition. In this photo exhibition organized in Hehal, especially the local freedom fighters of Jharkhand have also been depicted. Stalls of Khadi and Village Industries, Kashyap Memorial Eye Medical Camp and other central and state government offices/institutions have also been set up at the exhibition site so that people can get information on various subjects at one place and also have a look at useful clothes and other materials and also buy them.

On Monday tricycles and crutches will be distributed to the differently abled from the exhibition site. There is also a target to provide free spectacles to about 1000 people from the eye checkup camp at the scenic spot. Voluntary blood donation was done by the youth at the exhibition site, which was appreciated by all the distinguished and chief guests and expressed gratitude to the donors.

School children who were successful in Rangoli, painting and essay writing competitions at the meeting place were also given prizes by the MP and distinguished guests. Before the formal start of the program, an awareness rally was also taken out by the students of Kendriya Vidyalaya on the month of nutrition, in which the sports cap was written by the department to all the students. An awareness van was also flagged off from the exhibition site on the month of nutrition.