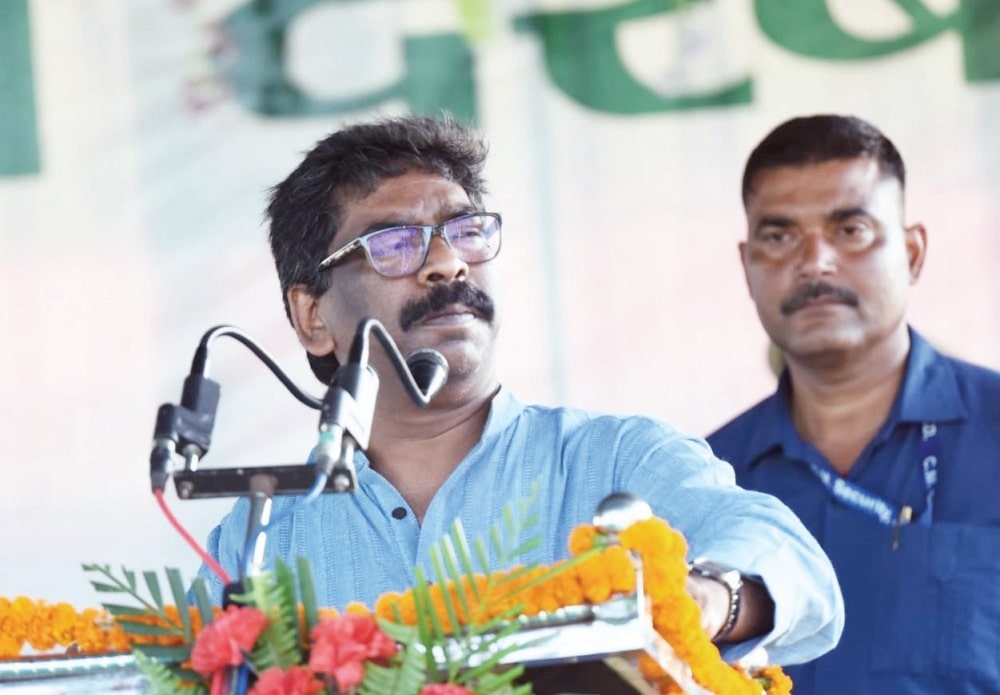 He said that its outline is being prepared in such a way that where people used to protest against the local policy in Jharkhand in the earlier governments today the public is happily adopting it. He said that the government is working to provide security cover to the tribal-local people here with laws like CNT, SPT and Khatiyaan of 1932.

He said that the purpose of the Janta Darbar is to collect information from the people as to whether schemes are reaching to the people are not. He said that all the officials have been directed to make sure that the benefits of welfare schemes reach to the people and also warned that he could take a surprise inspection any day.

He said that he has started the campaign of going among the people from the historic brave land of Bhognadih. The Chief Minister said that his government is working to resolve the complicated system of the state. The appointments are being done fairly in the state he said adding work is being done to connect the people who are not getting appointments with self-employment.

Adding further he said that to connect the youth with self-employment under various departments of the government, the loan of Rs 50,000 without any guarantor has been increased to Rs 1 lakh. He said that by implementing the old pension scheme, the work of becoming a stick of old age of the employees has been done. At the same time, Sarvajan Pension Yojana has also worked to become the support of the elderly and helpless of the state he added.

He said that again this year the people of Jharkhand state are facing the problem of drought which is a matter of great concern for the state where 80 percent of the people depend on agriculture. He said discussions have been held with the officials of all the departments of the state to deal with this dreadful situation arising for the people. He said farmers should not worry as the government is standing by being a part of their every happiness and sorrow.