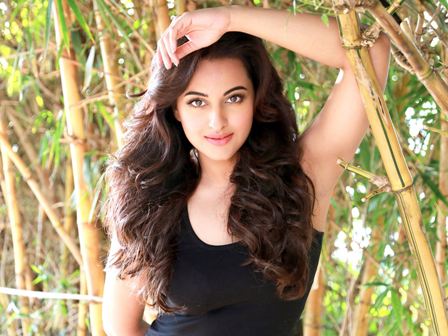 Mumbai:  After singer-composer Kailash Kher voiced his disagreement on Sonakshi Sinha’s performing at Justin Bieber’s maiden concert in India, the actress says she is not performing at the pop star’s concert.

“Firstly, I am not performing at the Bieber concert. It was speculated because I was approached and carried forward by publications and portals even after I stated in various interviews that it’s not happening,” said a statement issued on Sonakshi’s behalf.

The 29-year-old actress further added that she loves music and if anyone has problem with that then they can go and “love” themselves.

“Secondly, I am an actor who loves music, who loves to perform and who loves to sing. And if anyone has a problem with that, in the wise words of baba Bieber himself… they can go “love” themselves. Over and out,” she said.

Sonakshi was reportedly performing as one of the opening acts at the concert, which will be held at the DY Patil Stadium in Mumbai on May 10.

Kher had shown his disapproval and told IANS in an interview that getting the “Dabangg” actress on board to perform at Bieber’s maiden concert in the country over any other acclaimed Indian singer is not a good sign, and sends a wrong message internationally.

However the event’s promoter also issued a statement clarifying the move.

“With regards to inclusion of Bollywood stars, for music events of this stature which attract colossal media traction, its hard to shy away from the fact that Bollywood plays a very vital role in generating mass awareness and enhancing the global goodwill of the country,” Arjun Jain, Director of the White Fox India said in a statement.

“With regards to homegrown music artists being given an equal opportunity at such platforms most promoters try to inculcate an inclusive line-up that blends well with the expected target audience at the event. With regards to the Justin Bieber India Purpose Tour, we do have a line-up that includes local DJ participation who do resonate well with the expected attendees at the event,” Jain added.

The Justin Bieber Purpose Tour “follows a strict global mandate to not integrate any live act as part of the opening act as the focus should be on the headliner artist.”

“As much as we would like to include a balanced line up of music and film personalities we will need to adhere to the guidelines as laid down by the global management,” he added.