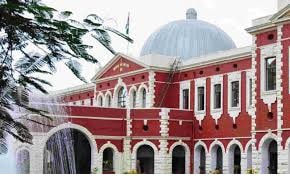 Ranchi: Jharkhand High Court has been approached for the demand of giving reservations to OBCs in the municipal elections.

Applicant Rajesh Gupta has filed a PIL in HC in this regard. In the petition, referring to the affidavit given by the state government in the SC, it has been said that during the hearing in the SC during the panchayat elections, the government had talked about conducting a triple test.

The government had said that triple tests will be conducted before the upcoming elections, but the process of conducting triple tests has not been started in the state so far. In the petition, a demand has been made to give reservation after conducting a triple test.

Earlier a public interest litigation has been filed in the Jharkhand High Court against the removal of the post of Mayor of Ranchi Municipal Corporation from the Scheduled Tribe to a Scheduled Caste person.

Lakshminarayan Munda has filed a petition saying that under the fifth list there is a provision to reserve the post of Mayor or President in the Scheduled District for ST only, but the Election Commission, in violation of the rules, has reserved the post of Mayor for SC this time. Have given. It has been said in the petition that the fifth schedule is applicable in Jharkhand.