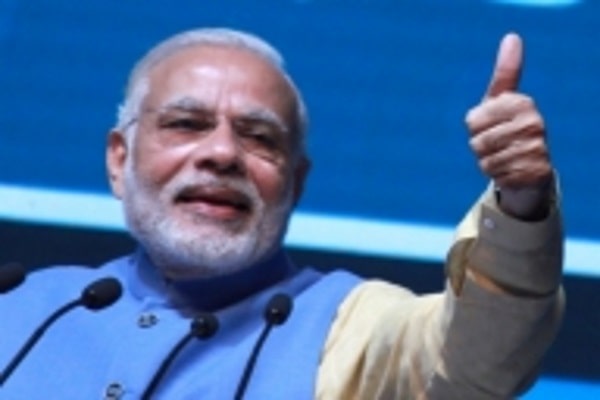 New Delhi (IANS) Prime Minister Narendra Modi will embark on a two-day visit to Varanasi, his Lok Sabha constituency, on Monday to celebrate his 68th birthday.

Upon reaching Varanasi on Monday afternoon, Modi will directly head to Narur village where he is expected to interact with the children of a primary school and attend the screening of a movie based on his life, the Prime Minister’s Office (PMO) said in a statement here.

“Prime Minister Modi will arrive in the city from where he will head directly for Narur village… He will interact with children of a primary school who are being aided by the non-profit organisation, ‘Room to Read’,” the statement said.

“Later, at the Diesel Locomotive Works (DLW) campus, the Prime Minister will interact with students of Kashi Vidyapeeth, and children assisted by them,” it added.

In a tweet, President Ram Nath Kovind wished Modi a “long life and many years of dedicated service to the people of the country”.

“Birthday greetings to Prime Minister Narendra Modi who work towards nation-building with full dedication. God give him a long life and he continues to serve the country,” Kovind wrote in another tweet.

Vice President M. Venkiah Naidu also greeted Modi saying: “India is making rapid strides under his visionary leadership and taking its rightful place in the comity of nations. May he be blessed with a long and healthy life.”

Modi’s colleagues in the Union Cabinet also took to Twitter to wish him on his birthday.

Finance Minister Arun Jaitley said: “Warm birthday compliments to the dynamic & illustrious Prime Minister of India, Shri Narendra Modi ji. I wish him good health and a long life. May he continue to render for many more years his exceptional services to the nation and guide the country to its glory.”

“Birthday greetings to Prime Minister Narendra Modi. My prayers for your long and healthy life. An ancient civilization, India, being led into this century with a vision for a #NewIndia that is #SwachhBharat in every sense. Honoured to serve with your guidance and under your leadership,” she said.

Minister of Law and Justice Ravi Shankar Prasad wished Modi to “continue guiding our country on the path of prosperity”.

On Tuesday, Modi will lay the foundation stone for various development projects, cumulatively worth more than Rs 500 crore at the Banaras Hindu University (BHU) amphitheatre, the PMO office said.