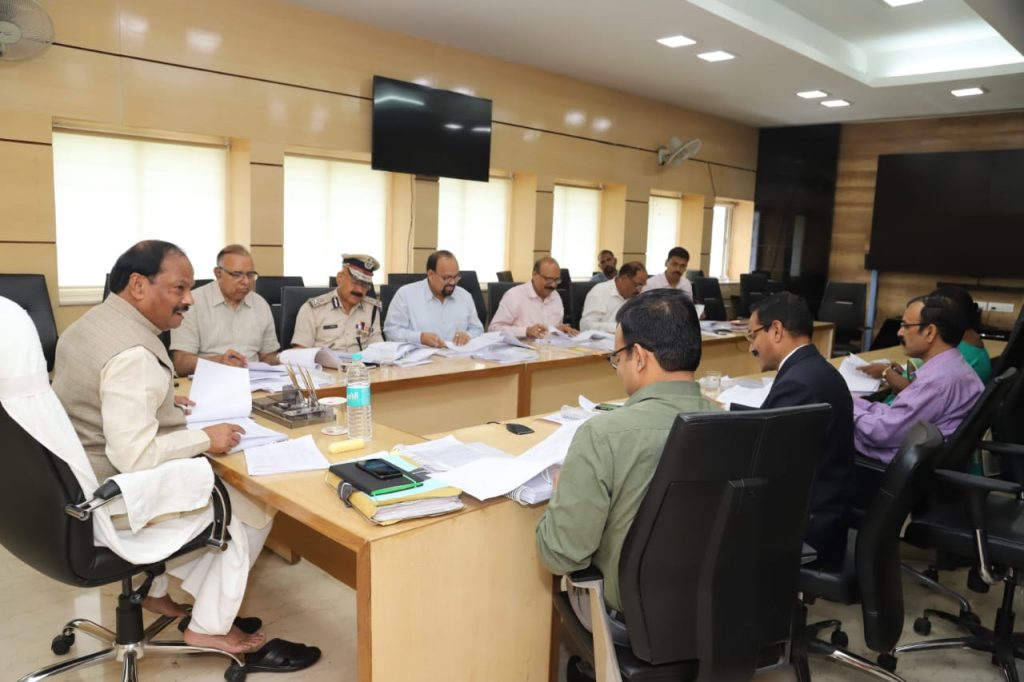 According to the ideals of the Father of the Nation, a new India will be built with conduct and fairness. Chief Minister Raghubar Das said this in the meeting of Jharkhand State Punishment Review Board in Project Building. The Chief Minister said that on humanitarian ground prisoners whose conduct is good or of old age, should be released.

The Chief Minister said that most of the people locked in our jails are poor and uneducated, who do not have complete knowledge about bail etc. In Jharkhand tribal people, Scheduled Castes people are still locked up in jails after completion of sentence due to illiteracy. The Chief Minister directed to make a list of such prisoners and submit it in one month. The government will give them their lawyer for release.

In today’s meeting, there were a total of 137 cases, of which five were suspended and three were postponed. Of the 129 prisoners, 65 prisoners belonged to Scheduled Tribes, 13 prisoners of more than 60 years of age and two female prisoners were granted permission to release. This was the second meeting of Jharkhand State Punishment Review Board in this fiscal year. In the first meeting in April, 221 prisoners were granted permission to release.

The Chief Minister instructed to conduct regular raids in the state’s jails and strengthen the information system there. He said that keep an eye on organized crime and criminals. Most of the information on any major incident comes to the big culprits in the jail. Monitoring of them will accelerate the revealing of cases.