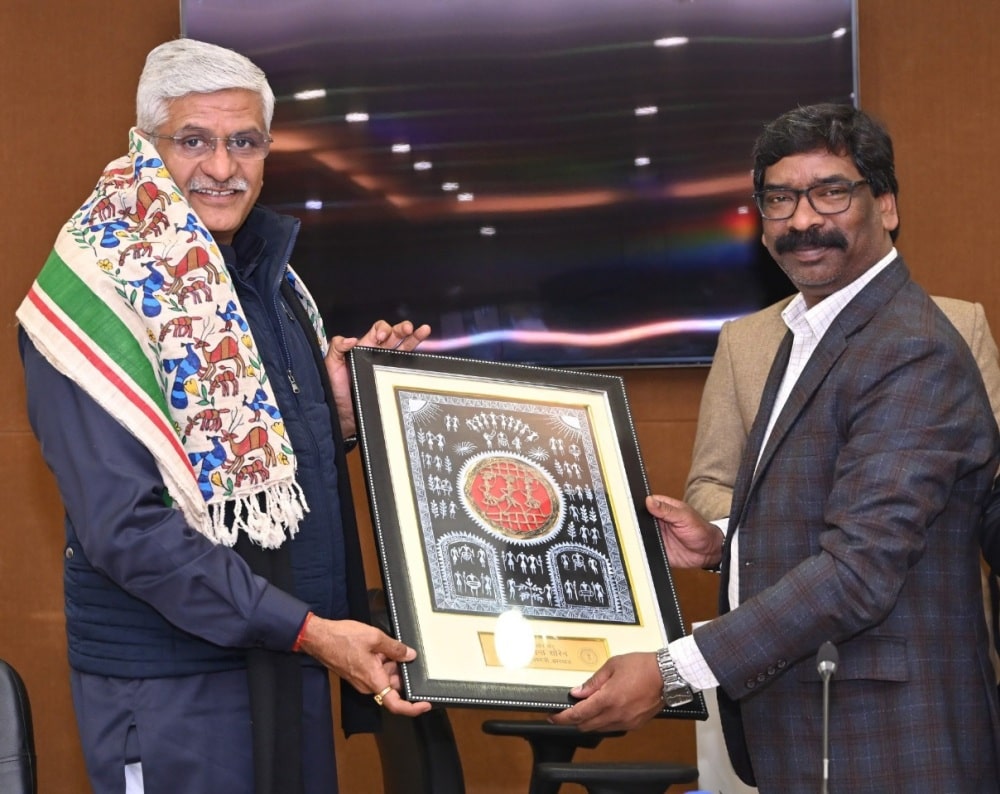 Ranchi: Union Jal Shakti Minister Gajendra Singh Shekhawat has asked the Deputy Commissioners of various districts to speed up the work plans of the Jal Jeevan Mission and Swachh Bharat Mission (Gramin). Chairing a high-level review meeting the officials of the Jharkhand government he said that with the efforts of the mission of both the programs can be completed on time.

He said that if the Department of Drinking Water and Sanitation, Panchayati Raj and the Rural Development Department work in coordination then there will definitely be an improvement in the figures. He said that such villages of the state where there is no water source or the pure water source is not sufficient, it should be ensured that the benefits of these schemes are given to the rural areas.

Water life survey will also prove helpful in this task. He said that efforts need to be intensified in the campaign to provide pure drinking water in all the rural areas of the state. He said that it should be ensured that quality water facilities are made available in all the schools and Anganwadi centers of the state.

Necessary financial support for Jal Jeevan Mission and  Swachh Bharat Mission (Gramin) is being provided by the Central Government to the states he said adding that Jharkhand will also continue to get funds for the smooth functioning of these works. There will be no shortage of funds.

He said that if efforts are made at a fast pace then the ODF target can be achieved by the month of December 2023. He said that Jal Jeevan Mission and Swachh Bharat Mission (Gramin) were started with the aim of bringing change in the normal life of the country. No one had any idea that these two schemes would prove to be so beneficial for the general public. The Union Jal Shakti Minister said that pure water and cleanliness are important aspects related to every person’s life.

People are being saved from diseases due to pure water and cleanliness, due to which they are also getting financial savings. He said that in the Swachh Bharat Mission special emphasis has been laid on solid liquid waste management and the main focus should be in this direction. I know that there are geographical challenges in Jharkhand, but despite these challenges, there is a need to speed up the works by making mutual coordination. The Union Jal Shakti Minister appreciated the solar policy implemented by the state government.