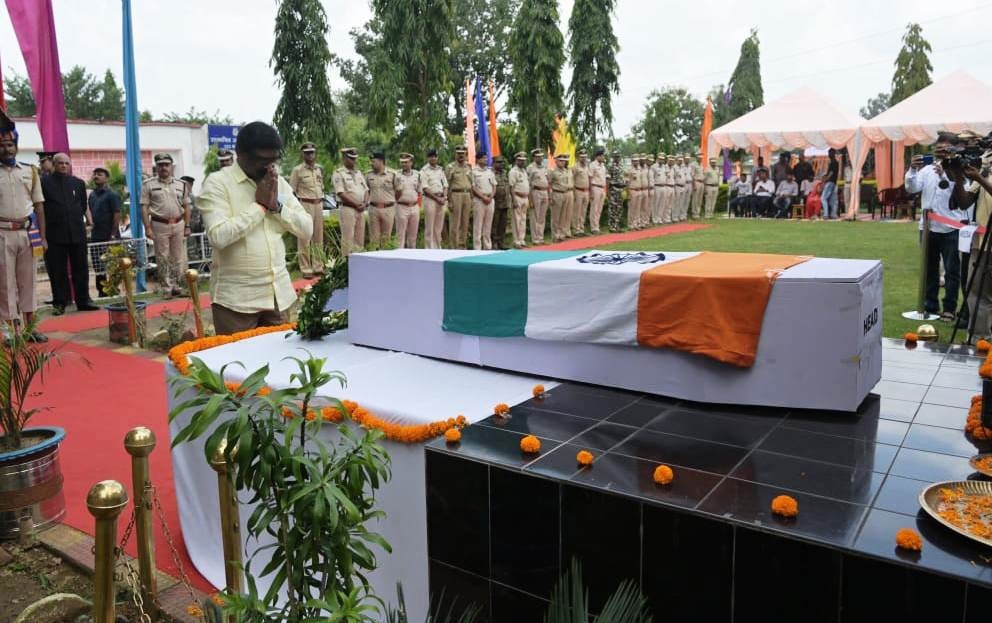 Ranchi: CRPF jawan Chittranjan Kumar, who had sustained injuries during his encounter with Maoists succumbed to his injuries on Thursday morning at Bhagwan Mahavir Medica Superspeciality Hospital where he was admitted on September 18.

Jharkhand Governor Ramesh Bias and Chief Minister Hemant Soren paid tributes to the martyred jawan at the CRPF camp. Kumar, who was a jawan of the 190th Battalion, came under heavy fire during a fierce encounter with Maoists in Sikid-Balhi forest at Pratappur under the Kunda police station area of Chatra district during a search operation.

He took bullets at his leg and waist during an encounter with a 25-member squad led by Maoist regional committee member Arvind Bhuiyan and sub-zonal commander Manohar Ganjhu.

When the encounter stopped the Maoists who had also sustained injuries in the encounter managed to escape taking advantage of the dense forest, it was realized that Kumar needed specialized treatment without any delay. Immediately he was airlifted and taken to the capital for better treatment but despite all efforts, doctors could not save him.