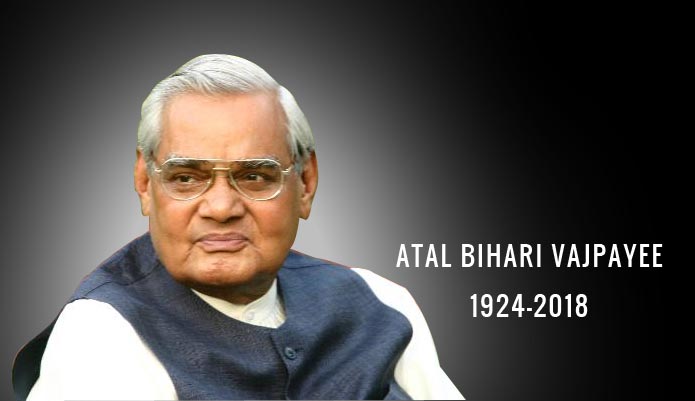 Jharkhand Assembly Speaker Dinesh Oraon offering tributes to the late Prime Minister said 10 times Lok Sabha MP and two times Rajya Sabha MP Atal Bihari Vajpayee passed away at AIIMS New Delhi on August 16, 2018. Mr Vajpayee had served on three occasions as the Prime Minister of the country and was the first non-Congress Prime Minister to complete five years in power. He was given the Padma Bhushan in the year 1992 while in 2015 he was conferred the nation’s highest civilian award of Bharat Ratna.

He said that Late Atal Bihari Vajpayee apart from being a politician was also a great writer and a poet whose numerous books were published. Mr Oraon said that Mr Vajpayee has left a long lasting impression on the politics of the nation and was a true son of the country. He was also a man who established coordination among the many opposite ideologies and worked among them due to which he is in the first row of the people in Indian politics.

Apart from Mr Vajpayee the assembly also offered its tributes to a number of politicians, authors, freedom fighters and social workers who passed away between the sessions and also remembered the army men and the policemen who were martyred during the period.

Chief Minister Raghubar Das, Leader of Opposition Hemant Soren, Cabinet minister Chandraprakash Chowdhary, Pradeep Yadav of the JVM(P), Arup Chatterjee of MCC, Rajkumar Yadav of CPI (ML) and Kushwaha Shivpujan Mehta also paid their tributes in the house following which a few moments of silence was observed as mark of respect towards the departed after which Speaker Dinesh Oraon adjourned the house till 1100hrs December 26 (Wednesday).