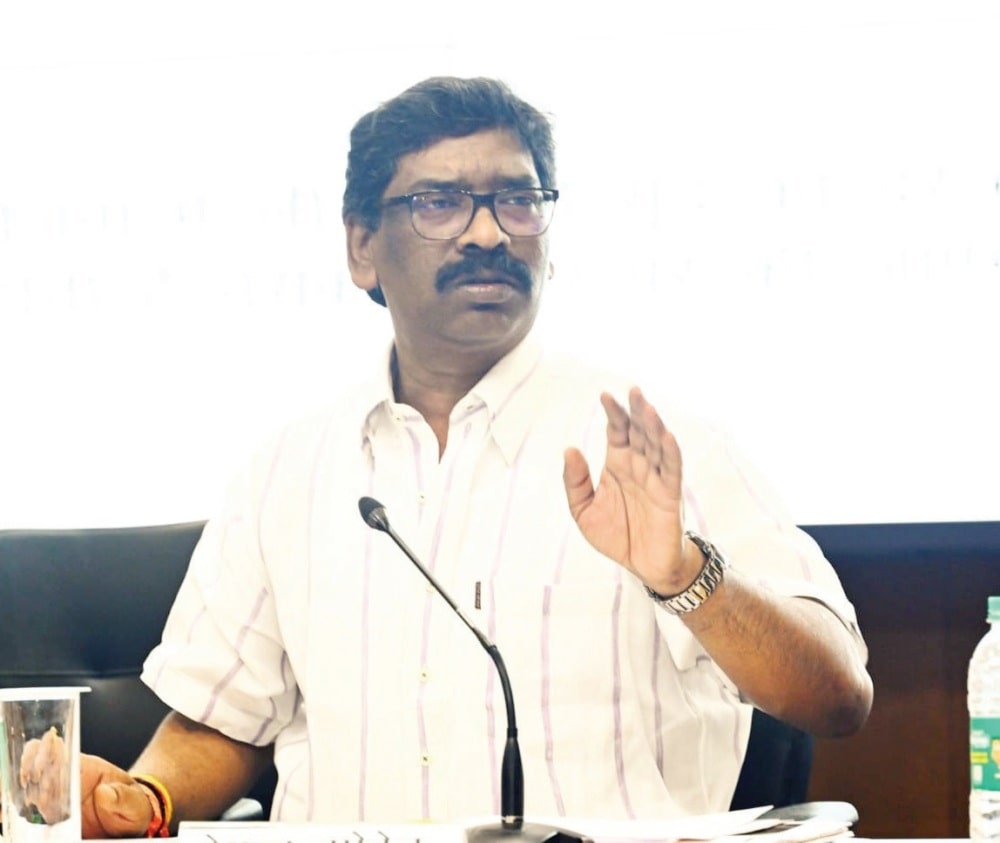 Ranchi: Chief Minister Hemant Soren said that the Anganwadi Kendras of the state will be equipped with all basic amenities including power water and toilets. Addressing the Anganwadi Sevikas and Sahaikas who had gathered at his residence to express their gratitude towards him for approving the new rules for their honorarium and selection he assured them for their safe future the government will keep taking concrete decisions going forward.

He said that he use to be in pain after seeing the problems of the women working in Anganwadi Kendras and when due to their blessings his government was formed it was decided that their problems will be solved therefore for them new rules for selection and honorarium have been made so that they can give a better life to their families and future generations.

The Chief Minister said that the first phase of the Sarkar Aapke Dwar program was very effective and now the second phase of this program is being started. He urged the people to join the schemes of the government in this phase as well. The Chief Minister said that he will also personally participate in this program and get acquainted with the villagers and solve their problems.

Hemant Soren said that Jharkhand is not a poor-backward state but it has been made backward as in the last 20 years there has been no sense of the governments towards the state and the people here but ever since his government has come it is taking decisions in the interest of all the poor and needy people including the locals and tribals.

He said that the government is not going to compromise on the self-respect of the state and the honor and dignity of the people of the state at any cost and rights will be given in at any cost. He said that drought conditions have arisen in Jharkhand due to less rainfall and the state government is very concerned about this. In such a situation, many schemes are being brought for the farmers – labourers and villagers sio that, they can get employment in their own village and home and they do not migrate.

The Chief Minister told the Anganwadi sisters that the way they had provided free food to the needy during the Corona period in the same way they should cooperate with the government in dealing with drought and their help it will surely win the war against drought. Ministers Joba Manjhi and Mithilesh Kumar Thakur and MLAs Sukhram Oraon, Sudivya Kumar Sonu, Bhushan Bada and Sameer Mohanty were also present on this occasion.