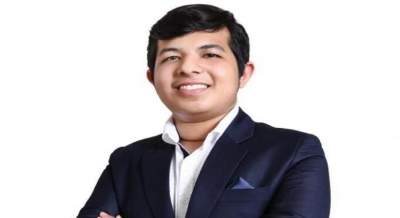 New Delhi (IANSlife) Till a major Bollywood star opened up about her struggle, the subject of depression rarely featured in public discourse in India. This lack of public awareness about this common mental ailment does not seem strange given that India is among the countries faring poorly on the Happiness Index.

If one is careful enough to probe this silent epidemic in India, one would understand that problem is multi-pronged and mired in caste, class, age, and social background. However, particularly striking is the phenomenon of teenage depression, especially among the affluent sections and middle classes of the country.

Needless to say, it is one of the most notorious silent killers of our times. Data suggests that one out of four teenagers in India suffers from depression. Over the past five years or so, more than 40,000 students have committed suicide in India. The reasons are manifold. From academic pressure of scoring high to relationship issues with friends and family to bullying — there are myriad reasons that affect the teenage psyche, say experts.

Shelja Sen, one of the leading child psychologists in India, says that factors like loneliness, a sense of disconnection, and a feeling of not being accepted by peers and being judged by others are some of the usual suspects that affect all teenagers of our time.

Peer support and help from the family are essential for children to overcome depression and keep suicidal thoughts at bay. However, child psychologists say that adults think that issues affecting children are too trivial that require intervention.

Peer support can come to the rescue of many teenagers suffering from depression. However, not everybody is lucky, say experts. The schooling system in India is geared to produce competitors, not collaborators. As such, peers often turn rivals, and the help that is needed is never received.

A new study shows that the national lockdown announced in March 2020 to curb the spread of Covid-19 has harmed the mental health of teenagers, with parents saying that children have shown worsening symptoms of mental health. The nationwide study based on 977 responses of parents of teenagers aged 13-18 showed that much of the depression was related to uncertainties and fears thrown open by the Covid-19 pandemic.

In such a situation, parents, peers, and school teachers must rally behind today’s teenagers, supporting them through the thick and thin of juggling with academics and co-curricular activities. In my case, I have richly benefitted from the school ecosystem of Amity. My teachers have been my strength, patiently supporting me in all my endeavours.

Because of their support, I have been able to co-found a mobile application called Rural Invest, which helps to end rural poverty in India by enabling people to invest strategically through various asset classes. My teachers have also encouraged me to venture into other territories. I have partnered with other high school students to form a facilitative platform called JunkGuards, which addresses the massive concern of mounting electronic waste in India. Another cause close to my heart is promoting better menstrual hygiene among females of all ages. I have been a part of Pravahkriti — a social foundation that has installed 20 sanitary pad vending machines across various government and private schools in India.

In all these endeavours, I have found support from my teachers, parents, and peers. However, I realise that not everybody is as lucky as I am. Still, there are a couple of things we can do to tackle the menace of depression.

Teenagers should first approach their parents and then their teachers if they are struggling with symptoms of depression. Parents too should be more receptive to the needs of the child. Social media can be used as a constructive platform to share one’s thoughts and reach out for help. Finally, professional help should not be looked down upon but encouraged. Schools must have an in-house counselor to help children facing psychological troubles. Fighting the demon of teenage depression is going to be long and tenuous. But, we must be up for the challenge.

Satyam Mehta is a student of Amity International School, Noida, and a recipient of the Diana Award 2021.