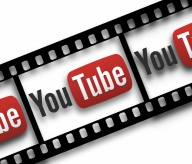 New Delhi (IANS) In a bid to grab a pie of the growing Indian audio streaming industry, Google-owned YouTube on Tuesday announced the launch of its new music streaming app YouTube Music in the country.

This is the second big debut of a global music streaming giant in India after Swedish platform Spotify made its way into the country late last month.

The ad-supported version of YouTube Music is free and to get access to ad-free YouTube Music Premium, you have to pay Rs 99 a month, the company said in a statement.

“With YouTube Music, we are hoping to bring the best in global and Indian music to millions of fans across India, and give them an immersive music experience,” said Lyor Cohen, Global Head of Music, YouTube.

In the crowded Indian music streaming industry, the newly-launched Spotify has already garnered over one million users.

According to a recent report by Deloitte and Indian music-industry body IMI, the audio and video OTT market in India is valued at around $280 million. The evolving audio OTT market provides nearly 150 million monthly active users access to millions of soundtracks across platforms.