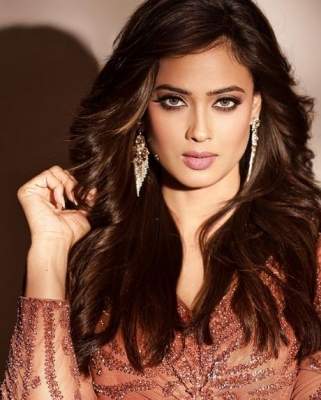 While Shweta is portraying an independent mother of three daughters, Manav is shown as her ex-husband.

Shweta has worked in a number of TV serials and films. She became popular with ‘Kasautii Zindagii Kay’ and was later also part of ‘Mere Dad Ki Dulhan’, ‘Kasturi’, and ‘Kkvyanjali’ among others,

She said: “I believe in taking blessings from Bappa before starting anything new in life. Therefore, Manav and I decided to visit Siddhivinayak temple before the show went on air.”

After working in serials such as ‘Kahaani Ghar Ghar Kii’, ‘Shaadi Mubarak’, and others, Manav is occupied with his latest project and he wishes to achieve success in it. Thus he also decided to visit the temple with Shweta.

He said: “Siddhivinayak is a very peaceful place I believe, and to seek blessings for our new show, we decided to visit ‘Bappa’. It is believed that Tuesday is the day of Ganpati Bappa and coincidentally our show also premiered on a Tuesday, which is rare.”

“Shweta and I went early in the morning because the show was going to go on air the same evening. I can’t express how excited I am for this new journey ahead of us,” concluded the ‘Kkusum’ actor.