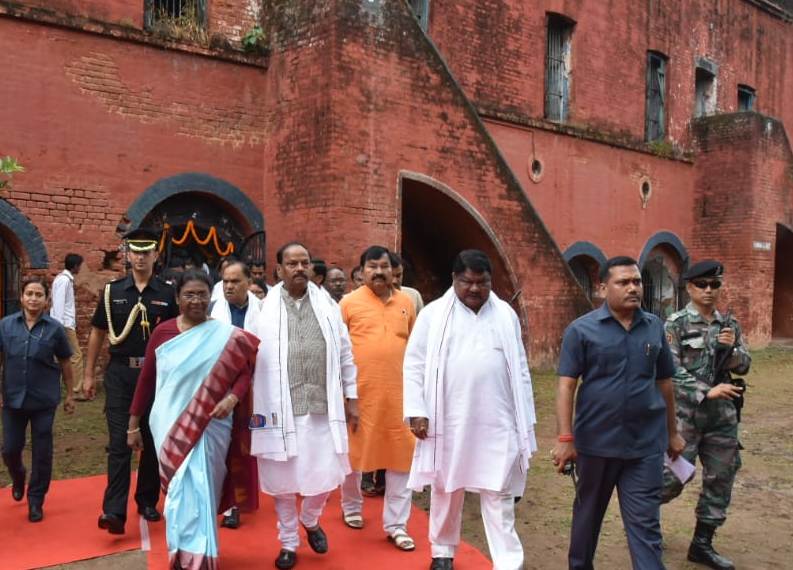 Ranchi (By our Correspondent): Jharkhand Chief Minister Raghubar Das said that one can never repay the burden of sacrifices which have been made by the forefathers for the Independence of the nation however by building
memorials and museums in their names their thoughts can be taken to the people. He said that in the jail premises statue of Bhagwan Birsa Munda and other martyrs will be put up and that of Maharaja Madra Munda will also be erected. Apart from that in Dumbariburu where Birsa Munda was arrested and 400 tribals were martyred that place will also be renovated.

Mr. Das said that after his government came into power the lives of Birsa Munda and Sidho-Kanhu were included in school syllabus along with the sacrifices of Tana Bhagat while to create awareness among the tribal traditions and culture postage stamps were issued on Karma and Sarhul. The Chief Minister said that the government was committed to fulfill the dreams of the martyrs as Jharkhand was the land of the brave-hearts. He said that Bhagwan Birsa Munda was a great son of the entire nation however it was unfortunate that for 60 years only one family was credited for the independence of the nation. He said that thousands of other freedom fighters were ignored and said that politics with great men was unfortunate. Mr. Das said that it was the NDA government of Atal Bihari Vajpayee who took stock of unknown heroes and Prime Minister Narendra Modi was the first to take the name of Bhagwan Birsa Munda from the Red Fort.