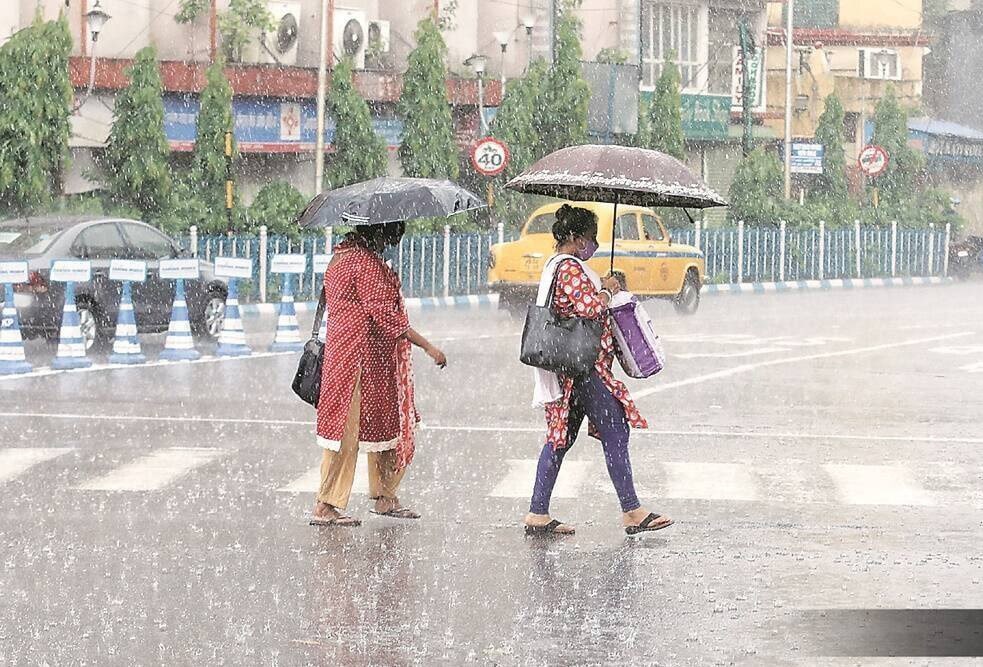 Ranchi: After facing the crisis of Coronavirus Lockdown for the previous two years this time Durga Puja is being organized in different parts of Jharkhand including the capital Ranchi but the warning of the Meteorological Department has increased the concern of the various Durga Puja organising committees and the devotees as on October 3 which coincides with Mahaasthami heavy rains have been predicted at some places in the south-western, northern and central parts of the state.

On Thursday also there was heavy rain in many districts including Ranchi. After 11 o’clock in the capital Ranchi, the mood of the weather suddenly changed and it rained for about one and a half hours due to this water logging taking place in low-lying areas.

The Meteorological Center (MC Ranchi), located near Birsa Munda Airport in Ranchi, has issued a warning saying that between 29 September and 3 October 2022, the period of rain will continue. According to the warning issued on Thursday, there will be light to moderate rainfall at isolated places in the state. There is also a possibility of thunderstorms.

Further, there is a possibility of heavy rain in some places in the southwest, northern and central parts of the state on October 3. On that day, there will be heavy rainfall in many districts including Ranchi, Bokaro, Gumla, Hazaribagh, Khunti and Ramgarh.