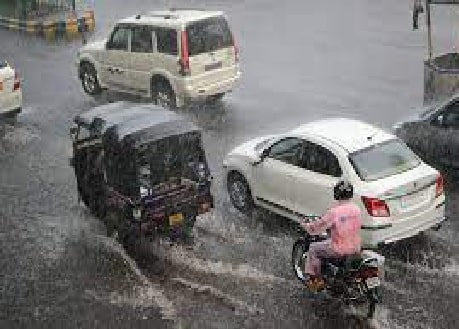 Ranchi: According to the information received from the Meteorological Department, many districts including the state capital Ranchi will remain cloudy till September 29. There is also a possibility of light to moderate rain once or twice.

According to the department, there is no major change in the maximum temperature in the state during the next five days. Light to moderate rainfall has occurred at isolated places in the state in the last 24 hours. The highest rainfall has been recorded in Parsabad (Koderma) at 25.4 mm.

There is a strong possibility of rain with light to moderate rain and thundershowers during the next 24 hours in some parts of Khunti, Giridih, Koderma district including the capital Ranchi.