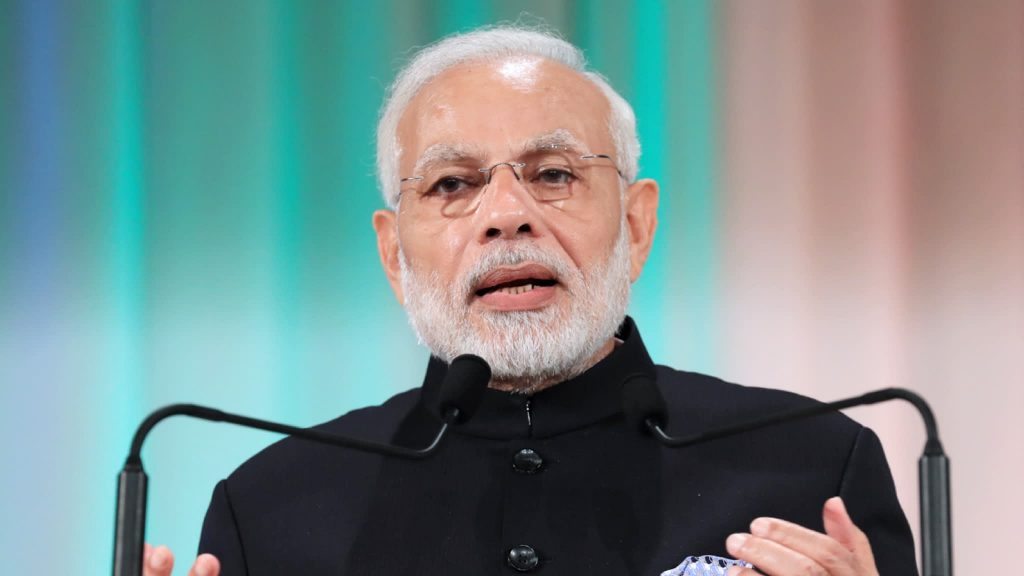 “Modi is a real hero and keeps his words,” said Charul Sharma, a local resident. “I have ordered online one sari carrying Modi’s photo,” she told IANS.

Echoing her Kalpana Singh said: “I have also ordered Modi sari online. It is rarely available at stores due to huge demand.”

These saris, costing Rs 1,500 a piece, was launched in Gujarat this month. It’s online sale is rising by day.

Several shopowners have placed orders seeing the demand ahead of elections. “We have ordered 100 saris. It will reach us in 10-15 days,” said Neeru Singh, a BJP leader.

As the Lok Sabha election is round the corner, we are expecting brisk sale,” Kailash Sahu, a shopkeeper, told IANS.