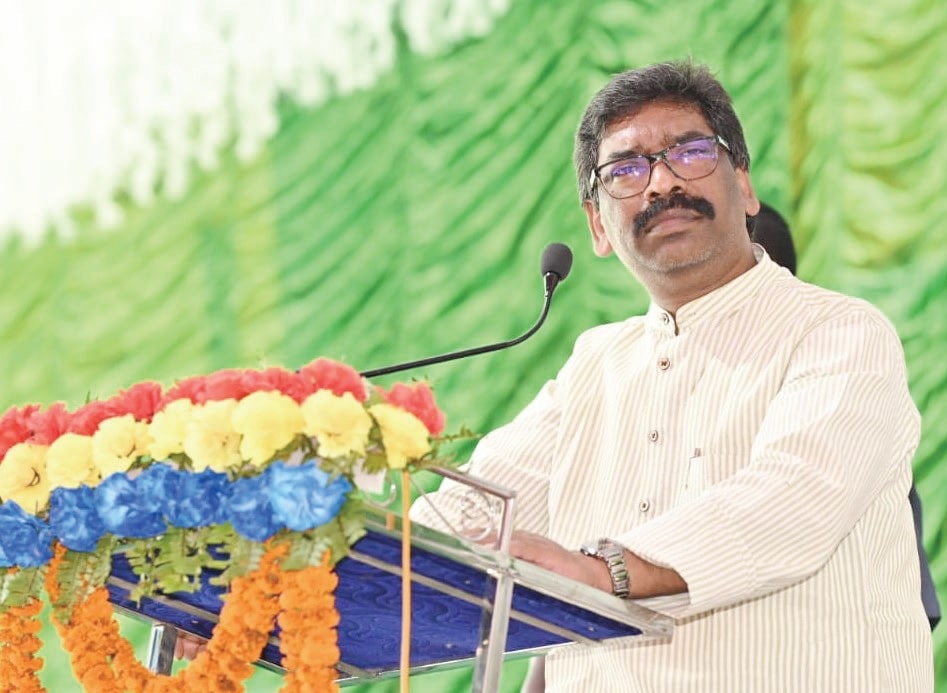 Sahibganj: Chief Minister Hemant Soren said that middlemen will not be tolerated in government schemes. Addressing a function after honouring the gram pradhans of Sahibganj, Pakur and Godda districts he said that the state government is running many ambitious schemes for the welfare of the people however most of the time the rural people do not have information about these schemes which they are not able to take its advantage in such a scenario the officials were directed to organise meetings of the gram pradhans in which they will be detailed about the schemes of the state government so that they can go to the villages and by using their traditional means should inform the people about the ambitious schemes of the state and make sure that the people are able to take its advantage.

The Chief Minister said that there is a maximum movement of villagers in the block headquarters therefore in such a situation clear instructions have been given to all the Block Development Officers and Circle Officers to take all possible steps to inform the villagers about the schemes of the government.

He said that the officials should put up hoardings and banners related to various schemes in the block headquarters, panchayat buildings and other government buildings so that people can get information about the schemes. If someone comes to take advantage of the scheme, then the officials should make sure to give him the benefit of the scheme with utmost sincerity he said adding that no person should be deprived of the welfare schemes of the government, this is our top priority.

Adding further he said that the villagers should get full benefits of the schemes of the government. Many times complaints are received that due to lack of information about the schemes middlemen take the villagers into their custody by bluffing and fraudulently fill the benefits received by them in their pockets he said adding that the government is very serious in this matter and warned that any kind of middleman will not be tolerated in any scheme. The officials should ensure that only the eligible beneficiaries get the full benefits of the schemes, he added.

The Chief Minister said that the government is very worried about the drought in the state and has started preparations to deal with such a situation. He said that people should not leave the villages and they should get employment in their own homes for this the government is going to start many schemes he said adding that Village heads have an important role in taking the schemes to the villagers as they the guide of the village. In such a situation, farmers, laborers and villagers should get relief in drought-like situations and in this they should fulfill their responsibilities as well a s with their cooperation the government will definitely be successful in dealing with drought.

The work has been done to fulfill the demands like extension, service condition rules for Anganwadi Sevika-Sahayika, resumption of honorarium of water assistants and at the same time his government has also decided to give 27 percent reservation to OBCs and 1932 Khatian-based local policy for the natives and tribals of the state. In the coming days the government will work to solve all those problems which will be related to the development of the state and the dignity and rights of the people he added. Rajmahal MP Vijay Hansda also addressed this function.