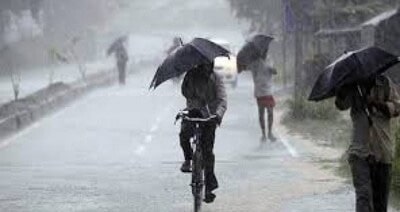 Ranchi: Many places across Jharkhand are likely to witness light to moderate rain said a weather bulletin issued by IMD’s Ranchi Meteorological Centre. However, the weatherman has ruled out the possibility of heavy rain and hence the Met center did not issue any alerts.

The associated cyclonic circulation was extending up to 5.8 km above mean sea level tilting southwestwards with height. It is very likely to move west northwestwards across north Odisha and north Chhattisgarh during the next two days.