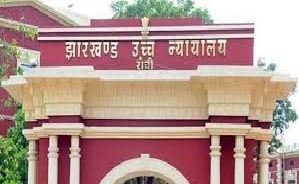 Ranchi: The Jharkhand High Court on Wednesday rejected the LPA challenging the single judge order in the matter of giving reservation in the preliminary test (PT) organised by the Jharkhand Public Service Commission (JPSC) for the appointment of an assistant engineer.

Bhaskar Kumar had filed the LPA after a single judge bench dismissed his petition challenging reservation in the PT test organised for the appointment of an assistant engineer. The hearing on LPA took place in the division bench comprising Justice S Chandrasekhar and Justice  Ratnakar Bhengra.

The court dismissing the LPA observed that the PT result was published in accordance with the terms and conditions mentioned in the advertisement published for the appointment.

The court observed that those included in the unreserved category were meritorious and were included on the basis of a mark and thus it does not appear that JPSC has committed any mistake and there is no error in the order given by the single judge bench. PT result was declared in 2020.

Based on the PT result, the Main examination was organized and when the interview was going on for the appointment of as many as 637 assistant engineers, the matter reached the high court.