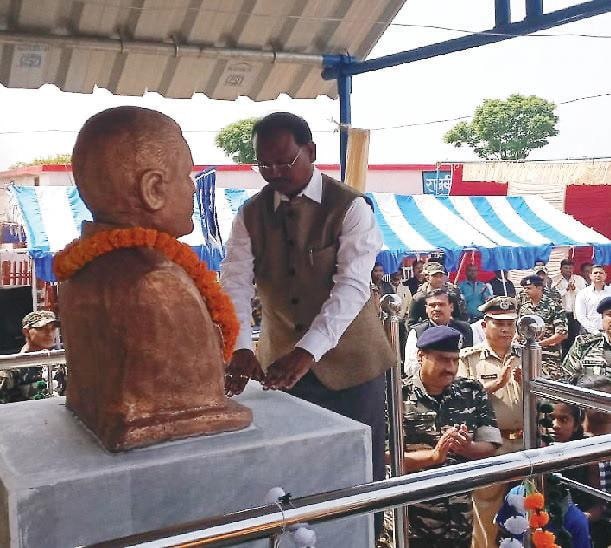 Jharkhand Assembly Speaker Dinesh Oraon inaugurated the statue of Pulwama martyr Vijay Soreng here. The statue was inaugurated at Kumharia High School located under Basia Police Station area of this district. Speaking on the Mr Oraon said that it was a good initiative which has been taken by the CRPF. On the occasion of health, the camp was also organised by the CRPF in which 485 people were treated. CRPF IG Sanjay Anand Latkar commandant of CRPF Mrityunjay Kumar Jha where also present on the occasion. The CO of Basia has also assured to provide land to build a library in his honour.