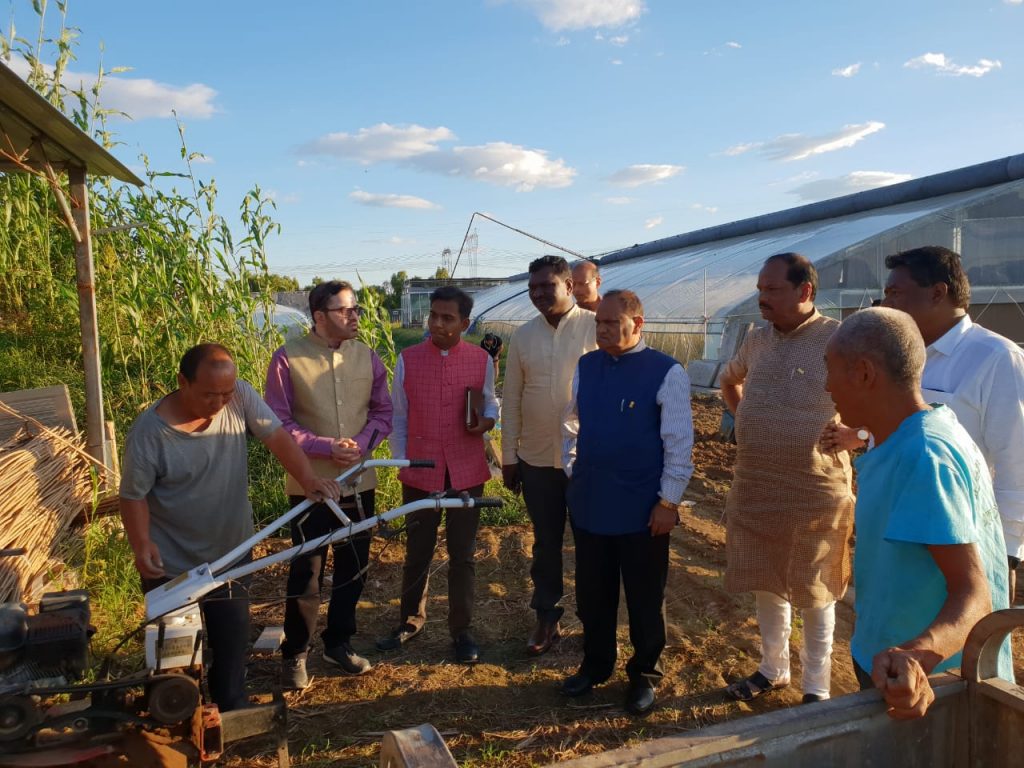 During the visit of Chief Minister Raghubar Das to the Shunyi District of Beijing on the second day of his five-day visit to China, he said that in the development of Jharkhand, Sakhi Mandal is doing better; similarly, in China, the cooperatives of farmers in the field of agriculture have made significant contributions to the economy. In Jharkhand, this kind of cooperative committee can be formed, which can not only benefit the farmers in sowing and irrigating the crops but participate in the market system independently.

The Chief Minister interacted with the farmers in Shunyi District for detailed information about the production of the crops and techniques used for it. Shunyi District is famous for Green Food Production Base and Agricultural Science Demonstration Area.