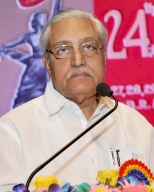 He also said the bank unions have rejected the Indian Banks’ Association’s (IBA) proposal to link bankers’ wages to operating profits and return on assets (ROA) as only about six banks would be able to give higher wages over and above the six per cent salary hike now being offered.

“We have not issued any circular or notice informing of five days strike call given by United Forum for Bank Unions (UFBU),” C.H. Venkatachalam, General Secretary told IANS.

“Some malicious elements have cut-pasted the union’s letterhead and my signature on a plain paper and added some malicious message in the middle,” he said.

On Sunday a message was circulated in social media under AIBEA letterhead that the UFBU has decided to call for five days continuous strike from November 26 to 30.

Queried about the umbrella body of nine bank unions UFBU’s decision on IBA’s proposal of six per cent wage hike and further increases to be worked out based on the operating profits and ROA of individual banks, he said the unions are not agreeable.

He said at the recent meeting of UFBU the IBA’s proposal was discussed and was not agreed to.

“As per IBA’s proposal only employees of about six banks may get wage hike over and above the six per cent offered, which is not agreeable. Salary hike is linked to inflation and cost of living and not to the performance of the banks,” Venkatachalam said.