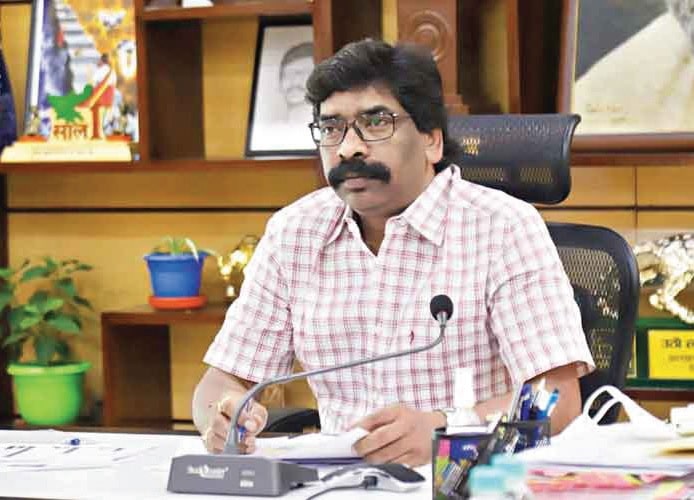 Ranchi: Chief Minister Hemant Soren has given his consent for the ACB probe against ten culprits who have been found guilty of misusing government funds for well construction under Mnrega.

In connection with Anti-Corruption Bureau Investigation No.-01/2017 dated 25.01.2017 (Hazaribagh Division) Departmental Resolution No.- 1623 dated 07.08.2015 against 10 accused for misusing government funds in the construction of wells under MNREGA scheme- 22 and the provision mentioned in Sec 17A (1) (b) of the Prevention of Corruption (Amendment) Act, 2018 the government has approved the proposal to grant permission to the Anti- Corruption Bureau to conduct an investigation by registering an FIR.

After investigation, it has been mentioned by the investigator that there was a plan to construct two wells in the name of Basant Singh and Naresh Singh, residents of Chatra, but the government money has been embezzled by withdrawing the amount of both the wells by constructing only one well and this is clearly proved.

It happens that in the name of the construction of a well in the name of Naresh Singh, the mukhiya, panchayat sevak and junior engineer colluded and embezzled the government amount of Rs 58,280. It is clear from the investigation of the said schemes that Rs 2,65,299 has been embezzled by withdrawing the government funds without getting the work done at the site, for which Premchandra Pandey, beneficiary, Vishun Oraon, Rozgar Sevak, Naresh Hajam, Panchayat Sevak, Vivek Kumar, Panchayat Sevak, Sanju Devi, Head, Mithilesh Singh alias Rakesh Singh, Material Supplier (Present Head, Seema Panchayat, Chatra), Kedar Singh, Junior Engineer, Rajesh Kumar, Junior Engineer, Sanjay Singh, Assistant Engineer, Tarni Mandal, Executive Engineer, NREP Evidence of registration of FIR against others was found.