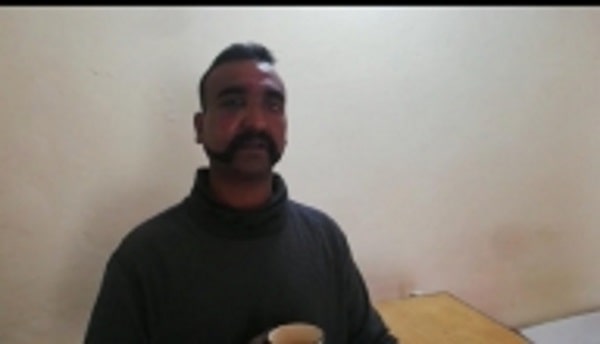 New Delhi (IANS) His bravado apart, Indian Air Force (IAF) pilot Abhinandan Varthaman’s stylised beard — a mix of a thin mutton chop beard, a classic gunslinger or a Franz Josef — has become the talk of the town. It may not be too long before it becomes a trend among people, say experts.

Reminiscent of a beard sported by megastar Rajinikanth in “Petta” or Suriya in “Singam”, Abhinandan’s well-groomed facial hair style may well be the next big thing for men who have drawn from shapes sported by cricketers Virat Kohli and Shikhar Dhawan and Bollywood star Ranveer Singh in recent times.

“It won’t be wrong to say the beard sported by the IAF pilot will be soon be called India’s very own Abhinandan style,” Darshan Yewalekar, personal hairstylist to Ranveer Singh and owner of D Shave Barbershop, told IANS.

Abhinandan, an IAF Wing Commander, returned to India on Friday night, two days after he was captured by Pakistan when his MiG-21 crashed in that country.

After the end of the nail-biting drama over his return, Twitterati have finally got a chance to mull over his unique moustache.

For generations altogether, Army and Air Force personnel have been particular about flaunting a well-groomed moustache or beard, and it is part of their sub-culture.

“It tells a lot of the soldier’s and the official’s individuality. It is like an expression of their character and they wear it with pride,” Yewalekar said.

“It is shaped somewhat like the handlebars of a bicycle. But from now onwards the common man of India will remember this as ‘Abhinandan moustache’ only,” Taneja told IANS, adding a gunslinger is typically considered a cool and classic style that never goes out of vogue.

“It signifies machoism or valour and bravery, something that our hero Abhinandan has shown the world. He has added the ‘heroism’ quotient to this style.

“His moustache reflects his strong physical and mental health. Just see how groomed and cool his moustache looks — it would make any man want to follow his style. Women are loving it too! It’s a style of a gentleman,” Taneja said.

Twitterati are going gaga over the moustache. If there are memes, there are also discussions about how long it’s going to be before the style becomes a rage.

“Barbers are going to have a tough task designing this, and may thus benefit from premium pricing,” wrote one user, while another mentioned the IAF wings on Abhinandan’s uniform, and quipped: “I love how no one is acknowledging #Abhinandan’s double wings. His IAF wings and his moustache wings.”

One user commented: “Abhinandan’s moustache will be the next styling sensation throughout India. Don’t get flabbergasted when your barber asks you ‘Abhinandan cut chahiye?'”

Some even recounted actor Suriya’s “Singam” moustache and calling Abhinandan the “real Singam” for his bravery.