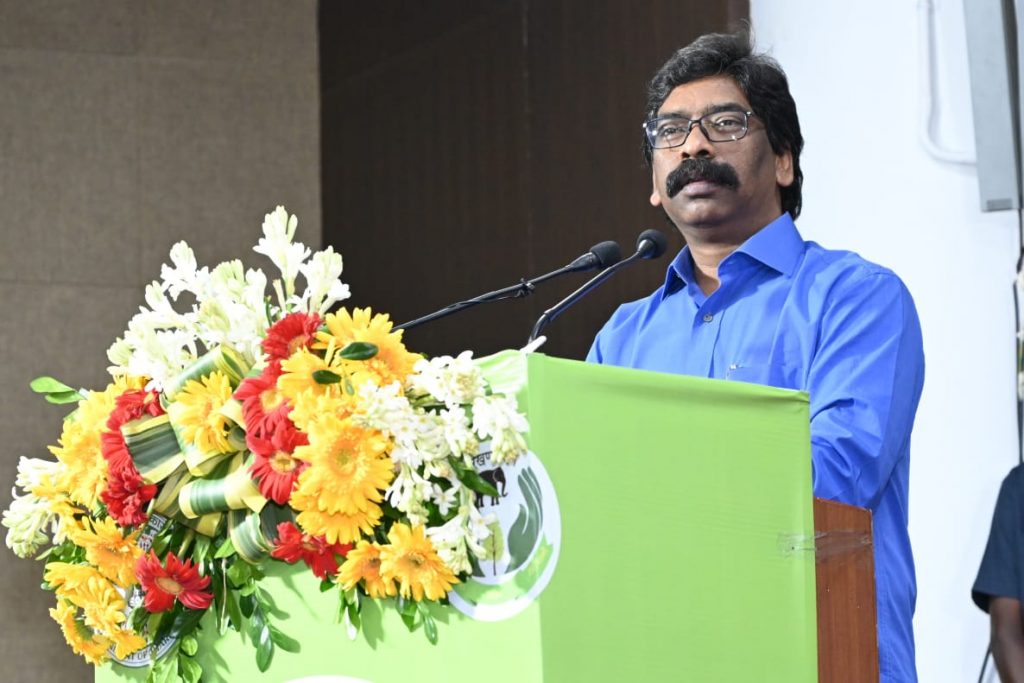 Ranchi,: Stressing on the need for striking a balance between environment and human beings Chief Minister Hemant Soren on Monday said that exploitation of the environment will prove to be dangerous for the living beings.

Addressing a function at the Vidhansabha premises as part of the 72nd Van Mahotsav programme he said that apart from the government it was also the moral responsibility of all to work for environmental protection. He said that it was due to the excessive exploitation of the environment incidents of fire in forests, rivers getting dried, floods, unseasonal rainfall and other natural calamities are taking place across the world which is having a negative impact on the human lives. He said that land forest and water have been given by the nature to enable the human beings to survive.

The Chief Minister said that across the globe many seminars and events are taking place on the issue of environment and big industrial houses, social organisations are also worried over the issue. He said that Jharkhand has been blessed by mother nature with natural beauty and mineral wealth however over the last few decades it has emerged that enough work has not been done in the area of environment protection.

He said that for infrastructure development and other works trees have been cut but in the present day it is important to preserve the trees. The Chief Minister suggested that instead of giving bouquets in programmes it would be better to give plants and also a pledge should be taken to preserve the tree. He said that even if a person decides to protect and preserve a single then the can make a huge contribution in environment protection.