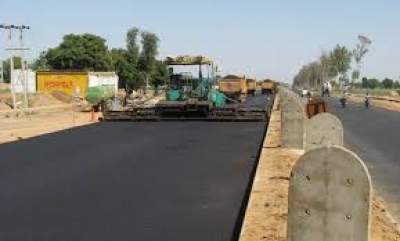 Ind-Ra said that increased competition in the road sector in FY21, resulting from the National Highways Authority of India’s (NHAI) initiative to reduce prequalification requirements, may ultimately lead to a moderation in the quality of roads.

“Along with higher order inflows, the sector has also witnessed an increase in competition, resulting in lower-than-expected bid prices,” the agency said in a report.

“The NHAI’s stated plan of action to monitor the execution closely, especially in cases of abnormally low bids, needs to be implemented strictly to maintain the quality of roads,” it added.

The report also cited that engineering, procurement and construction (EPC) players have been trying to increase their order book visibilities, backed by strong counterparties, to avoid the working capital lockups that could result from delayed realisations.

“Hence, Ind-Ra believes that the EPC players have started increasing their order books towards Central government or public sector entities, which have better financial profiles and are more prompt with respect to making payments,” the report said.

“This, along with the increase in budgetary allocations by the Central government in its budget towards the road space, and the fact that the NHAI is regarded as one of the most reputed counterparties, had heightened the competition in the sector,” it added.