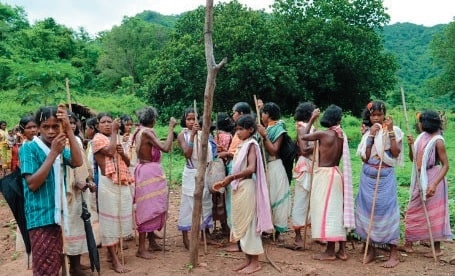 Daltonganj: A large number of tribals on Monday gheraoed the collectorate here protesting against the Mandal Dam. The agitators
said the foundation of the dam was an election stunt. Due to the construction of dam 30 villages would be drowned while 25000-
30000 people would be displaced including the village of martyrs Neelambar Peetambar, therefore, they would not allow the
construction of the dam to fulfil the vested interest of the state government.

The protesters said that Chief Minister Raghubar Das has misled the people over the project as water from the dam will go to Bihar and not Jharkhand. They said that the poor farmers and tribals of the state would be displaced while benefits would be enjoyed by Bihar which was not acceptable to them.