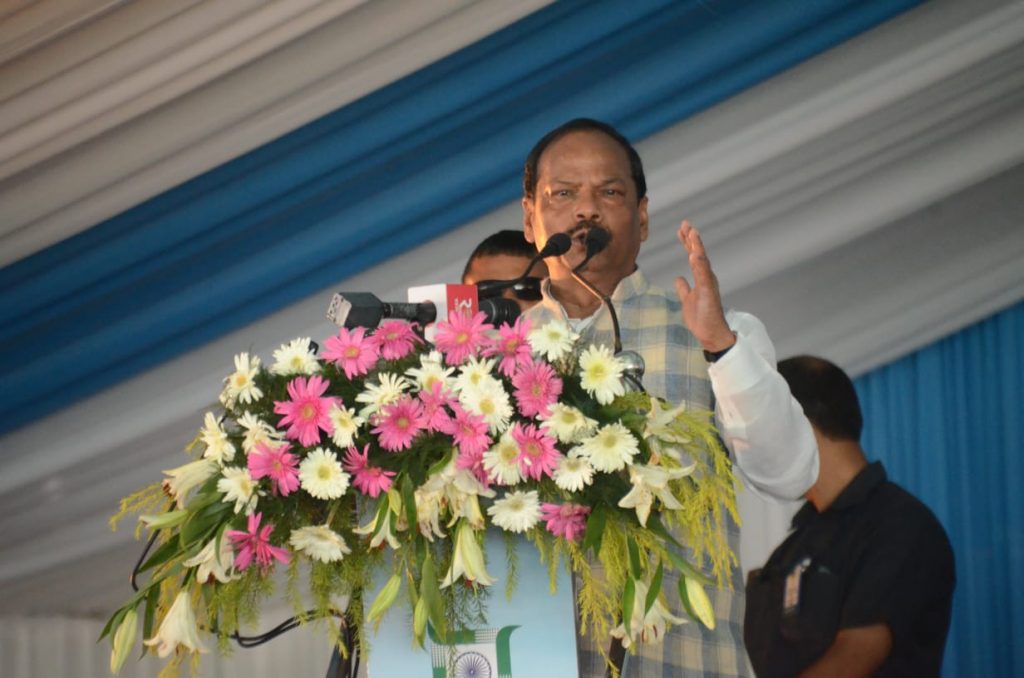 Chief Minister Raghubar Das thanked all those people who contributed to the cleanliness campaign. The state has become 96% open defecation free, whereas 4 years ago it was only 16% open defecation free. The honest effort of all of you has reflected as clean Jharkhand. The State Government provided saree to Jal Sahia for their identification. The Chief Minister said that the contribution of women is very important in the cleanliness campaign.

The Chief Minister said that in ODF villages pure water will be supplied under the Swajal Scheme. Work on the water supply scheme of Rs 5000 crore is being done in the state from the budget of the State Mining Fund and State Government. By 2022, every household get clean water through pipelines is our goal. A plan to provide water to the toilet through Deep Boring and Solar Power has been started through Clean Jaladhara Scheme.

The Chief Minister said that an awareness program for cleanliness will be organized in the entire state from 2 October 2018 to 30 January 2019 for the purpose of speeding up the cleanliness drive. From October 02, 2018 to January 30, 2019, Jal Sahia, Women construction worker, Sakhi Mandal, Anganwadi volunteers should run an awareness campaign in their village. They should encourage people to use toilets and tell them about the disease and other problems related to open defecation.

The Chief Minister said that people of Jharkhand are working towards fulfilling the dream of Mahatma Gandhi. Today is a day of pride for all of us because our five districts Bokaro, Dhanbad, Khunti, East Singhbhum and Sahebganj, 50 blocks and 1000 panchayats from 11 districts have become free from the open defecation.