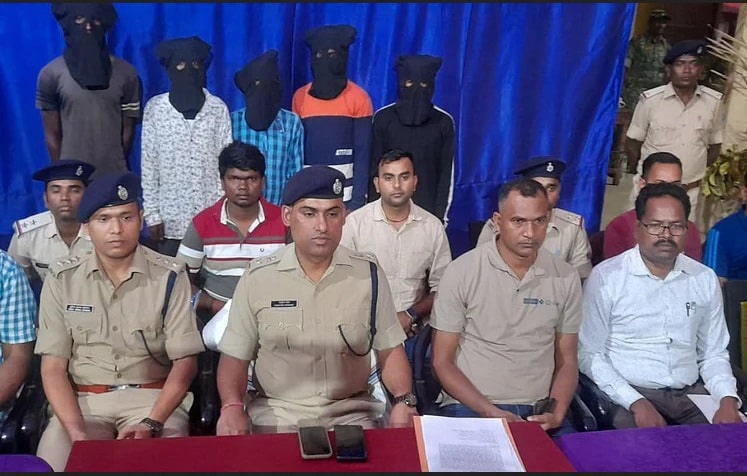 Chaibasa: Police have arrested seven accused in the gangrape case of a software engineer. The SIT team formed on the instructions of SP Ashutosh Shekhar took quick action and caught seven accused involved in this incident within 60 hours.

In view of the seriousness of the matter, SIT was formed by SP Ashutosh Shekhar. The police were engaged day and night in arresting the accused one by one. As a result of which the police succeeded in nabbing seven people on the third day of the incident.

On October 20, the victim along with her friend had gone toward the aerodrome at Purana Chaibasa. At the same time, 9-10 youths reached there and carried out the incident of rape with the software engineer at around seven o’clock in the night. After this incident, the condition of the victim worsened and she had to be admitted to Sadar Hospital.

The victim said in her complaint to the police that she is a software engineer by profession and is currently doing work from home. She does her work by living in a rented house in the locality of the Mufassil police station area of Chaibasa. She had gone to the airport around  5:30 pm to take a scooter ride with her friend. Here she parked the scooty and started talking to the friend. By evening it was getting dark.

Meanwhile, 10 youths came there and beat him up and dragged her to a secluded place. During this, the youths also snatched mobile and five thousand rupees from the victim and her friend.

On the statement of the girl, a case was registered against 10 unknown people. When the condition of the victim started getting serious, all the boys left her there and ran away. The victim somehow came to her house from there and narrated her ordeal to the family members. After this incident, an SIT was formed by the police.