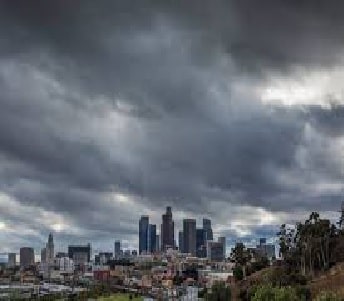 Ranchi: The weather is likely to act as a spoiler during Durga Puja as the sky will remain cloudy in many areas of including the capital Ranchi during which light to moderate rain is expected. During this, there is also a possibility of thunder and lightning. The Meteorological Center (IMD Ranchi) at Birsa Munda Airport in Ranchi has given this information.

On the second day of Durga Puja also there is a possibility of thunderstorms at some places but from 28 September to 2 October, there is no clear forecast or weather warning. However, as far as Ranchi Weather Forecast is concerned it has been said that from September 27 to September 30, the sky will remain cloudy.

Light to moderate rain may occur once or twice every day. On September 29 and 30, the sky will be partly cloudy, with thunderstorm are also expected. During this, the minimum temperature of Ranchi will remain between 22 to 23 degrees, while the highest temperature is expected to be between 29 to 30 degrees.

It has been told in the weather forecast that there is no possibility of any major change in the maximum temperature for the next five days. However, light to moderate rainfall is very likely at some places over Jharkhand on October 2. During the last 24 hours, Khelari in Ranchi received maximum rain as here 53.6 mm of rainfall was recorded.