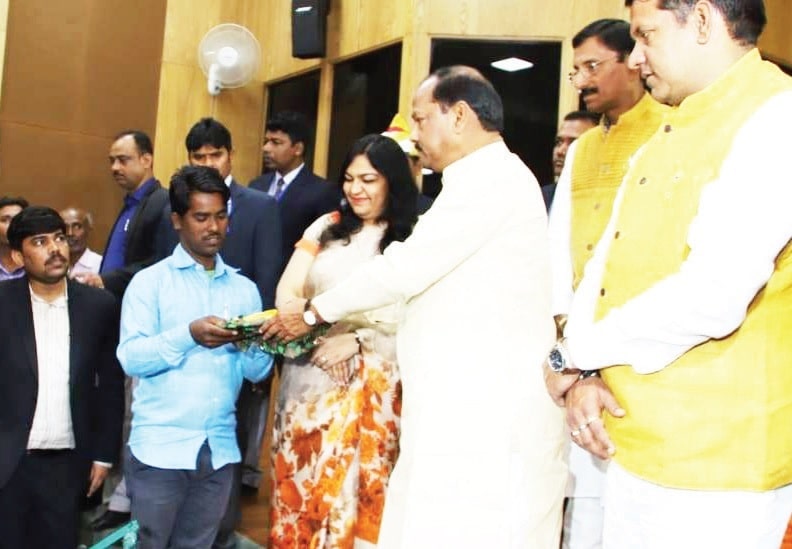 Ranchi: Jharkhand Chief Minister Raghubar Das today said that a sum of Rs 100 crore has been sanctioned in the state for sweet revolution and in the first phase training has been provided to 1207 farmers. Addressing a programme organised by the Agriculture and Animal Husbandry Department at the project building here he said that in the first phase through DBT a sum of Rs 2,000 would be given in the accounts of the farmers while on the other hand under Mukhyamantri Krishi Aashirwad Yojana 22.76 lakh farmers would be getting Rs 5,000 in their accounts so that they can buy all the necessary items before the rainy season.

Mr Das said that Jack fruit from Khunti is now being exported to Singapore and asked the farmers to indulge in Honey production and assured that the market would be provided to them by the state government. He said that the farmers can not alone increase their income by being involved in agriculture but will have to also focus on animal husbandry horticulture and organic farming. He said that the state government was providing two cows to women on a subsidy of 90 per cent and called upon the youth to take advantage of the Dairy scheme in which they can get 50 per cent subsidy on purchase of cow and assured that the milk produced would be purchased by the milk federation.