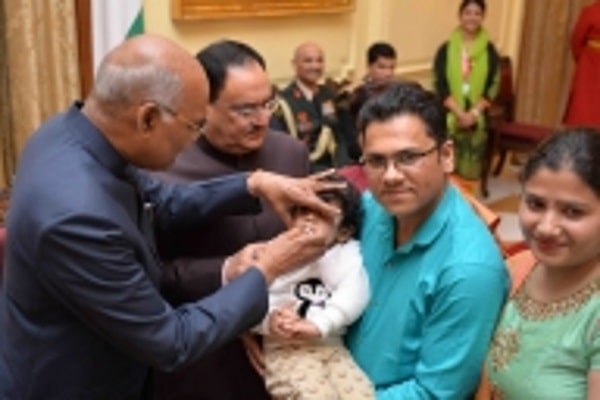 The launch was organised on the eve of the National Immunisation Day, which will be observed on Sunday.

“Over 17 crore children below five years will be administered polio drops as part of the government drive to support polio eradication programme,” said a release.

“To provide additional protection to the children, the government has also introduced the injectable inactivated polio vaccine in the routine immunisation programme,” Nadda said.

Pointing out that the government was making all efforts to protect children from diseases, he said the vaccines under the programme must reach the last child of the country.

Strengthening of the immunisation programme has contributed to the decline of infant mortality from 39 per 1,000 live births in 2014 to 32 in 2017, he added.

Nadda also appreciated the efforts of state governments and supporting organisations, like the WHO, UNICEF and Rotary International, for strengthening the polio programme as well as other immunisation initiatives.

He applauded the efforts of thousands of volunteers, frontline workers and health officials for tireless work for keeping the country polio-free.