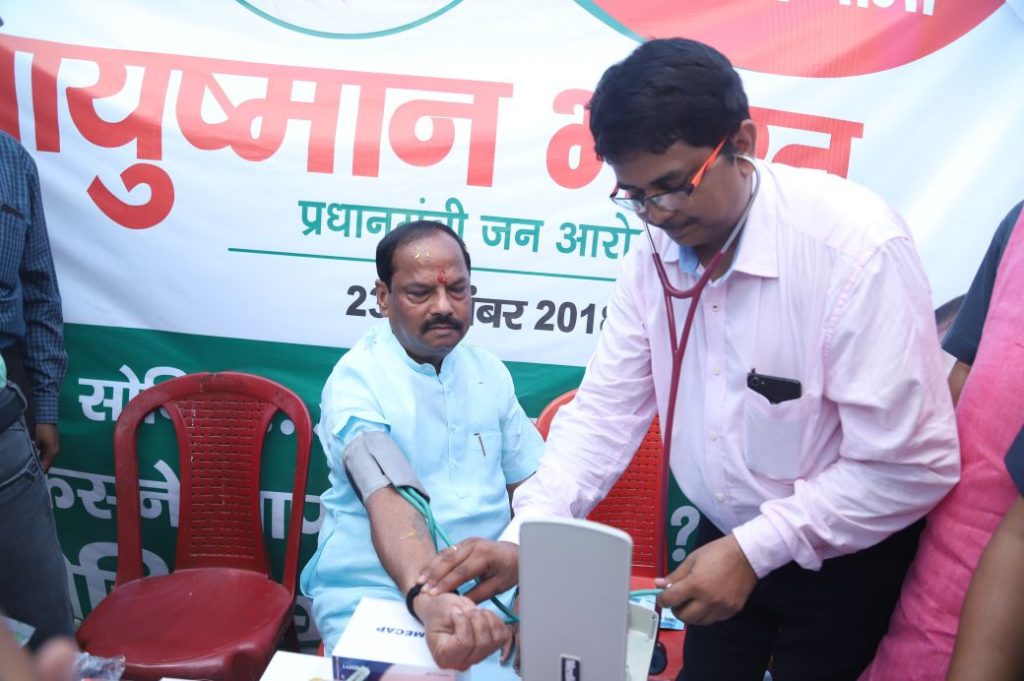 Raghubar Das said that to fulfill the dream of clean Jharkhand, the government and the society will have to work together. He asked everyone to take a pledge of cleanliness is service and people of ODF declared village to change the habit of defecation in the open. Make people aware by forming a group of women and children. The Chief Minister said this while addressing Sanitation Chaupal in Hesla Panchayat of Patratu block, Ramgarh.

Chief Minister said that Union Health Minister, J.P. Nadda has called Jharkhand a fast-growing state in the field of health. He said that the national average of infant mortality rate has improved in Jharkhand. He said that state government is committed to reduce maternal mortality rate in Jharkhand for that it is putting effort to repair the provision of providing nutritious food to pregnant women. He said that special health camps are being organized for the poor in slum areas. Most people should take the benefit of this camp and aware people about it as well.

On 23 September, the Chief Minister invited people to come to Ranchi and said that the world’s largest health program is being inaugurated by Honorable Prime Minister Shri Narendra Modi from Jharkhand. With the Ayushman Bharat Scheme launched by the Prime Minister, 57 lakh families of Jharkhand will be able to get treatment free of cost up to five lakh rupees in any place of the country. Now 85% of the population of the state will get treatment without stressing over money and the remaining 15 % of the population will avail the benefits of this scheme within the next 6 months. He said, awareness about “Ayushman Bharat Scheme” should reach to everyone so that in the next two-three years, dream of healthy, advanced and prosperous Jharkhand could be embodied.

The Chief Minister said that clean your surrounding daily for one hour so that we can give true tribute to Mahatma Gandhi on 2nd October. If we will keep our surrounding clean only then the dream of clean Jharkhand, clean India can be realized.

The Chief Minister said that under the welfare of the workers of the state, the state government would provide the bicycle to the cleaning personnel. Referring to the increase in payment of Sahia, we should all try to bring happiness in the lives of the poor.