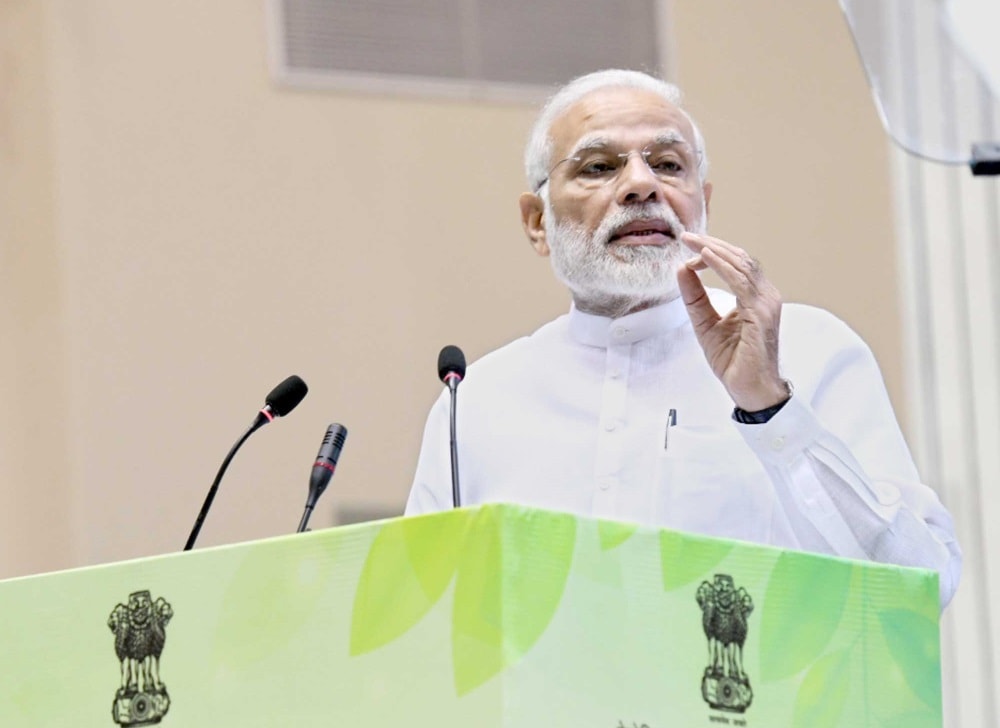 Seoul (IANS) Prime Minister Narendra Modi has conferred the Seoul Peace Prize here on Friday. He dedicated the Prize to the people of India and donated its amount to the Namami Gange Fund.

Expressing his gratitude after receiving the Prize, Modi said, “I believe that this award belongs not to me but to the people of India. It belongs to the success India has achieved in the less than five years powered by the strengths and skills of 1.3 billion Indians and on their behalf, I humbly accept the award and express my gratitude.”

He said the award was a recognition of the philosophy that gave the world the message of “Vasudhaiv Kutumbkam (the world is a family)”. “It is for the culture that has given the message of peace even on the battlefield. In the Mahabharata, Lord Krishna preached the Bhagwad Gita during the battle,” he said.

The Prime Minister said, “The Seoul Peace Prize is for the land which prays may there be peace everywhere in the sky, in the space, all over planet, in nature. May there be eternal peace.

“This award is for the people who have always put societal good above individual ambitions. And I am honoured that it is being conferred on me this year, when we celebrate the 150 birth anniversary of Mahatma Gandhi.”