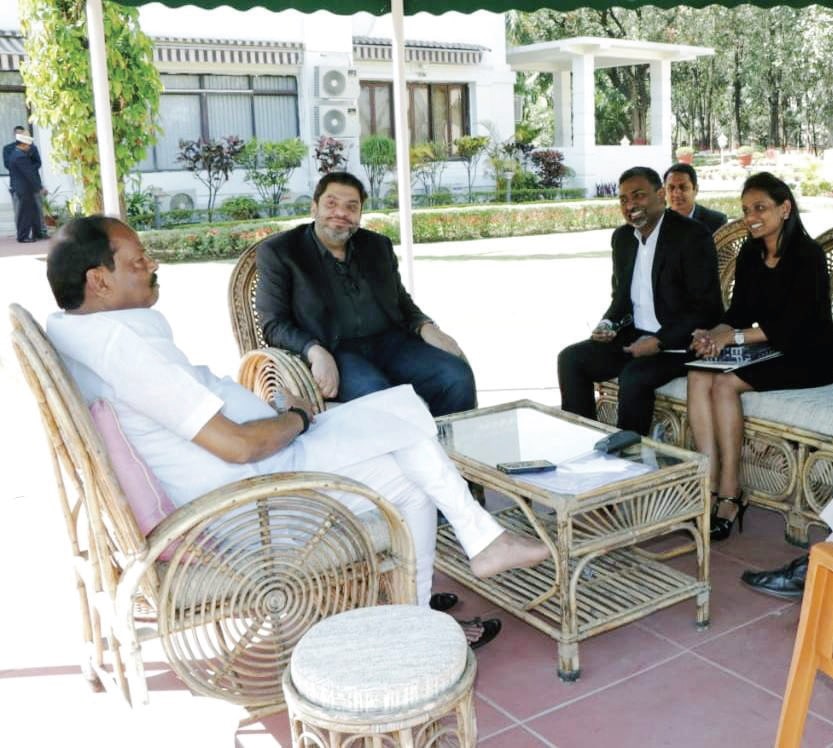 Ranchi: Jharkhand Chief Minister Raghubar Das said that the state would be developed as a textile hub as the sector has lots of employment generating opportunities which would help to check migration from the state and the youth would be getting a job in their home itself. In a meeting with the officials of APIC garment company, he said that the government has set a target to remove poverty from the state for which it was trying to link people with employment and make them stand on their feet. During the meeting, the officials of the company expressed their desire to set up a plant in the state.

Chief Minister said that Jharkhand has the best textile policy across the country and it was due to this reason that in a very less time big textile companies have set up their manufacturing units here including Arvind Mills Orient Craft and more companies would soon be commencing their operations in the state. Mr Das said that people from Jharkhand a simple and honest and suggested the company to set up their unit in Santhal Pargana. He said that an Airport is being constructed in Deoghar while construction of AIIMS has already commenced and the area was progressing rapidly and if industry would be set up here then people would get employment and the company would also get trained manpower as the government through its skill development programmes was providing training to the children in various sectors.

APIC group chairman Ranjan Mahatani said that his company is based in Hong Kong which works in the area of textile and has manufacturing units in Vietnam Bangladesh Jordan and Ethiopia. He said that the company was interested to set up a plant in India and Jharkhand has the best textile policy therefore if the government would extend Corporation then the company would start its plant here. Those present in the meeting also included Principal Secretary to Chief Minister Sunil Kumar Barnwal and Executive Director of the company KP Pradeep